It seems like an eternity since "Can't Deny Me."

The 2018 single from Pearl Jam was a surprise and seemed to mark the start of a new era for the iconic group, but a year has passed and the band has become quiet when it comes to new music. 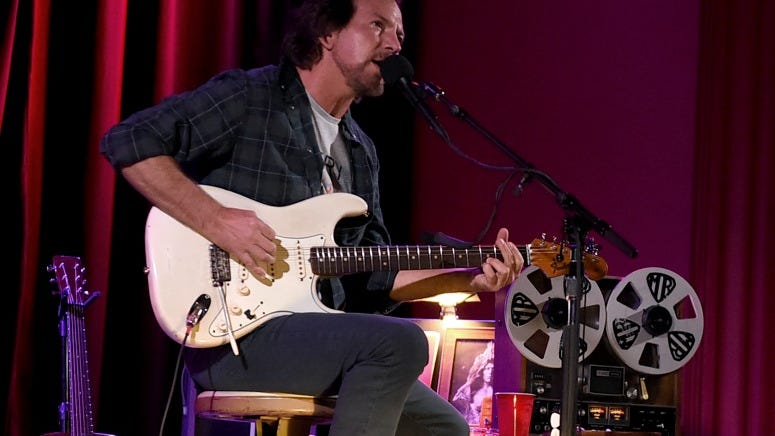 That could soon change according to Mike McCready. The guitarist explained during a radio interview last week that there are several songs in the works that could be ready to go this year. "We’re writing songs for new record" said McCready. "We did our last record about 5 years ago.Hopefully we’re going to get that thing done soon. It’s been a bit, it’s been a little while.”

“It’s the longest I think we’ve had between records. We’ve got a bunch of songs ready to go, and I think we’re going to get something cool this year. Hopefully it will be out, I don’t have a date on anything yet though.“

The last studio album from Pearl Jam was Lightning Bolt, released in October of 2013. That album debuted at number one.

Even without a new album, Pearl Jam has kept busy on the road with festival appearances around the world and their Home And Away shows in the US last summer. McCready has other music on his plate as well, curating the upcoming Peak To Sky event featuring Chad Smith and Josh Klinghoffer of the Red Hot Chili Peppers, Duff McKagen of Guns N' Roses, and Brandi Carlile. The event takes place in Montana in July.