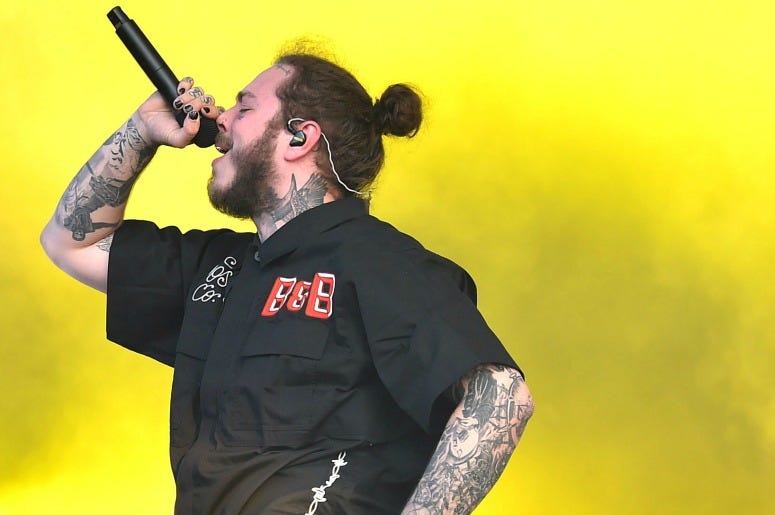 After two tires blew on the private plane carrying Post Malone Tuesday, the singer started a group text to tell people he loved them, “just in case.”

“I didn’t want to ****ing freak people out and then me be stuck in the air” he explained. “So I was just like, hey guys I love you.”

Post tells TMZ that he heard a pop and then started to see smoke in the plane. That’s when he realized something was wrong. “We were like ****, this is not good. This is not good at all.”

The plane was forced to circle in the air to burn off fuel before eventually making an emergency landing at Stewart International Airport in New Windsor, NY.

“I hate ****ing flying” Post told TMZ, before getting on another plane to London for a festival show.

Asked for any advice after the ordeal, “live your life” he offered up. “Get it on.”