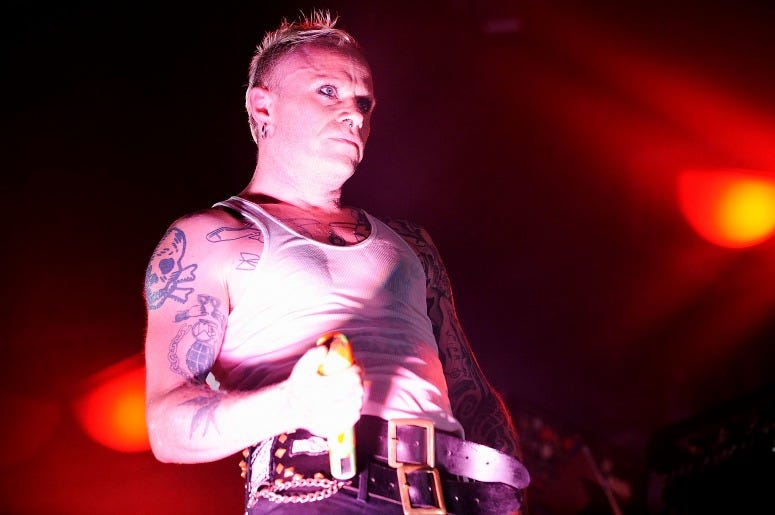 Keith Flint, the vocalist behind the biggest hits from the English electronic band The Prodigy, was found dead Monday morning in his home.

No official cause of death has been stated, but The Prodigy founder and bandmate Liam Howelett explained in an Instagram post that the singer took his own life over the weekend. "The news is true, I can’t believe I’m saying this but our brother Keith took his own life over the weekend" reads a caption on the band's official instagram page. "I’m shell shocked, f***ing angry, confused and heart broken."

"A true pioneer, innovator and legend" continues a message from the band on Twitter. "He will be forever missed. We thank you for respecting the privacy of all concerned at this time."

Flint and The Prodigy first gained attention in the US in 1996, when their video for "Firestarter" became a staple of MTV and helped propel the success of their third studio album Fat Of The Land. The LP would go to sell over 10 million copies worldwide.

The group released their latest album No Tourists last year, and had recently announced a string of upcoming concerts for later this year. According to NME, Flint's final performance with The Prodigy happened last month in Australia.