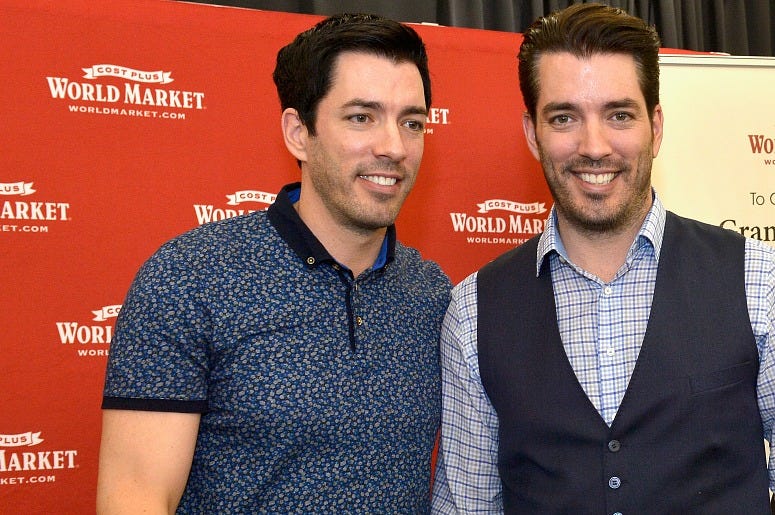 Who hasn't had a fantasy about the Property Brothers?

Maybe it's a romantic dinner in your newly remodeled kitchen, ooh with a sexy farmhouse sink. Or perhaps you prefer a sultry celebration after it's revealed that the termite damage wasn't as bad as initially thought. It might just be as simple as the brothers showing you a house that's actually in a reasonable price range, not the typical 900,000 dollar home for the stay-at-home mom and the "financial consultant" with three kids. Whatever your overwatched HGTV brain has dreamed up, chances are that someone on twitter has thought of it already, and it's far dirtier than you would dare.

With that, the good folks at Buzzfeed have invited Jonathan Scott and Drew Scott to read some of the thirstiest tweets the internet has to offer. The twins take the compliments in stride, even warming to the idea of someone being "the meat" in a Property Brothers sandwich, but when the sex acts get descriptive the brothers tend to recoil like they found asbestos in the wall. Check it out for yourself, and watch the Property Brothers on HGTV.