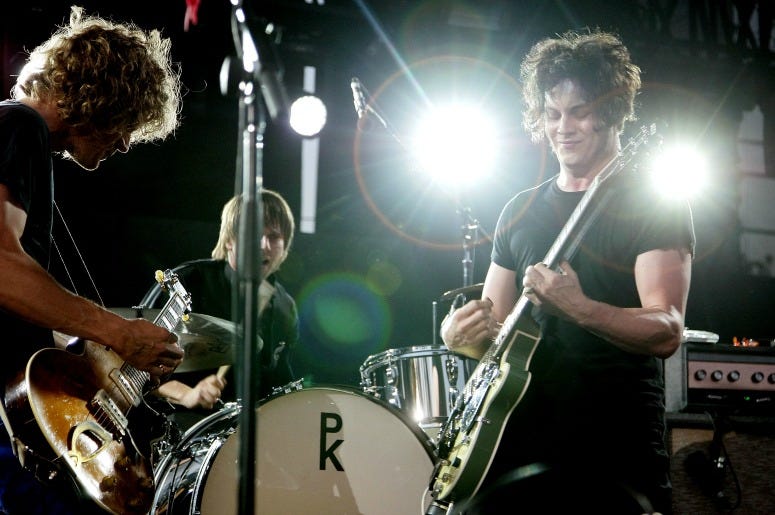 Born in Nashville and solidified in Detroit, The Raconteurs were a pleasant surprise from Jack White and friends in 2006. Crafting one of the best rock songs of the decade with "Steady, As She Goes", and surprising fans with their final album in 2008, the band has been a shooting star, competing with the other projects of its members. Wednesday though marks their return with two new songs both in celebration of the past and a look towards the future.

"Sunday Driver" and "Now That You're Gone" are both included on the 10th anniversary reissue of Consolers Of The Lonely, and are to be featured on a new album from The Raconteurs coming in 2019. The first of the two is a fuzzed-out psychedelic road anthem, featuring Guess Who-esque guitars and a muscular strut. "Now That You're Gone" features a pulsating pace, similar to White's 2018 breakout "Connected By Love." The sour love song makes room for some intense fretwork and an infectious empowered hook.

Much like the songs themselves, the band released two very different videos respectively for each Wednesday morning. The first is a swirling, shimmering video for "Sunday Driver", and the second being a darker auteur vision for "Now That You're Gone" starring Gia Genevieve.

The upcoming album is short on details, with no title or release date announced as of now, but anticipation is high with the band clearly back in form.