After a six year absence, Vampire Weekend made their return on May 3rd with Father of the Bride. 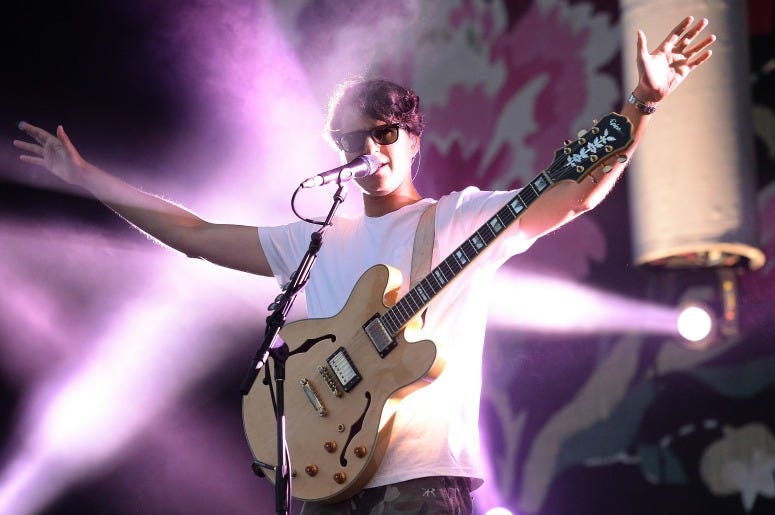 Across 18 songs and nearly an hour worth of new music, the band emerges from the quarter-life crisis of 2013's GRAMMY-winning Modern Vampires of the City, refreshed and wide-eyed with new wonder. Trading the hum and dark tones of the city for a brighter and bolder connection to nature, Ezra Koenig and company continue to ask questions with a stronger sense of self and many more miles logged along the way. Father of the Bride was worth the wait, and now the time has come to celebrate.

"It's crazy when you take a little bit of time off between albums. It just adds up so quick" explains Ezra Koenig in the exclusive RADIO.COM interview above. "I swear six years goes by very quickly."

Koenig explains how he had the title, Father Of The Bride, for a while, and had some time to sit with it and see how it fit. "The more I thought about it the more I liked it" he says. "I was like, oh yeah, I think there's a lot of meaning in this title and it fits the vibe of the album."

Father of the Bride has arrived. You can listen & purchase here: https://t.co/Up1YXERTMc pic.twitter.com/iPKdFN15WZ

Watch above for more from Ezra Koenig on his relationship with Jonah Hill, how they landed Jerry Seinfeld for their "Sunflower" video, and his take on "weirdo bagel orders."

Father of the Bride is now available everywhere.