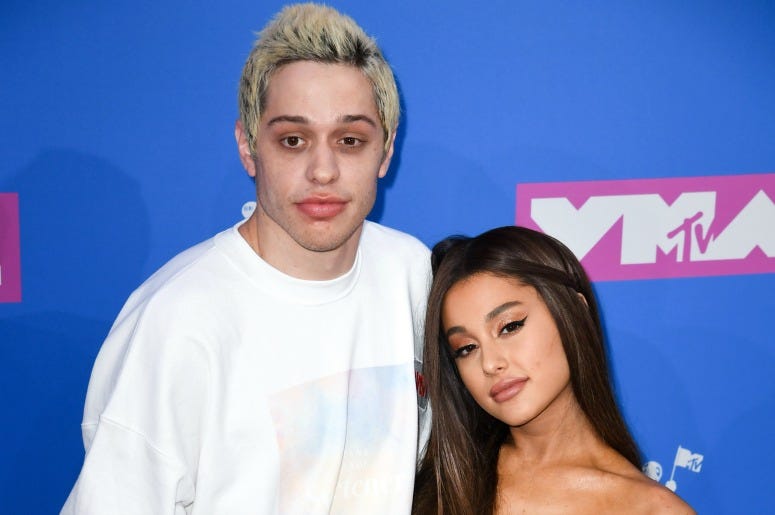 One song, one pig, and countless tattoos later, the love affair between Ariana Grande and Pete Davidson seems to have come to an end.

TMZ reported on Sunday that the couple has broken up and have called off their engagement. According to the site, the split went down this weekend with both deciding it wasn't the right time for their relationship. "Our source says while things may be done for the couple for now, the two aren't ruling out the possibility of anything in the future" says TMZ.

Grande and Davidson shocked the world when they announced their engagement in May, just weeks after the two began dating. From there the public romance only got bigger and louder, with the couple continuously getting tattoos in each other's honor, and Grande even naming a song on her new Sweetener album after Davidson.

In September, the couple added to their household with a pet pig, named Piggy Smallz. In typical fashion, Davidson got a tattoo to mark the moment.

According to TMZ, "the two still have love for each other, but things are over romantically."