The Red Rocker is back with some famous friends and a new concept album. Space Between is the debut from Sammy Hagar & The Circle, an LP filled with storytelling, shredding, and decades of musical accomplishment.

The band which has been together for several years and released a live album in 2015, returns with a tale about greed packed with fire power. The former Van Halen frontman teams with VH bass player Michael Anthony, consistent collaborator Vic Johnson, and drummer Jason Bonham with his Led Zeppelin lineage, and they have poured a lot into their first trip out. In the exclusive interview above, the group tells us about the concept behind Space Between and how the chapters unfold. 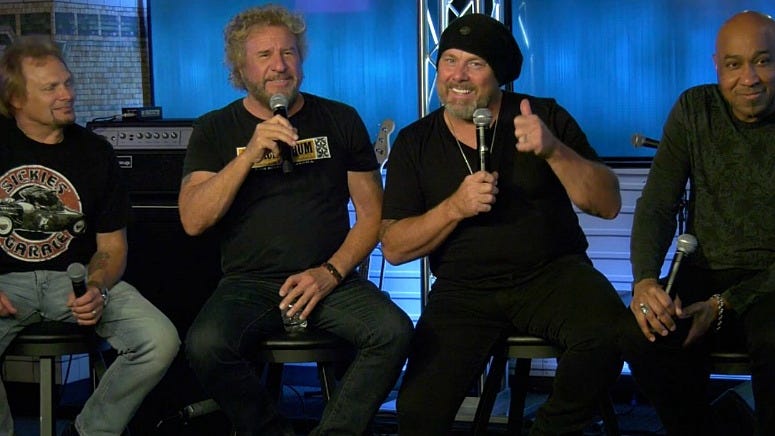 The devil and trust fund kids both help lead the protagonist to their conclusion, and it is all detailed from song to song on Space Between.

How this story is told is a direct result of the success these four musicians have had throughout their career. From the arena-sized rock of Van Halen to the great tradition of Led Zeppelin, and all of the Sammy projects in-between. Their history couldn't help but build the style of The Circle.

"Man, how could you make a bad record if you bring all of those things in there?" asks Sammy Hagar after listing off the things each member brings to the band. "You can't make a bad record. I guess you could, but we didn't" he says as they all laugh.

In addition to detailing the story inside Space Between, the group performed two songs from the album exclusively for us. Check them out below.

Space Between is now available everywhere.