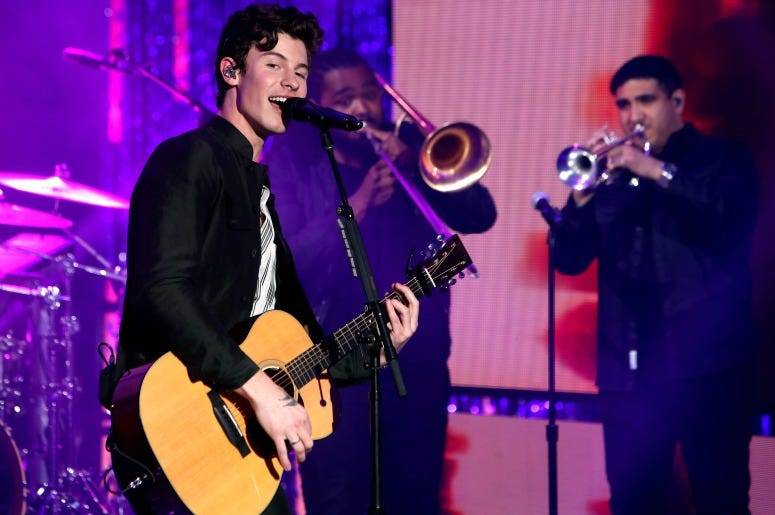 In just six short years, Shawn Mendes has built an incredible career. From a glee club in Canada, to Vine, to a World Tour, the "I Can't Have You" singer has turned in an action-packed first twenty years.

We asked Mendes about some of the songs that have shaped his life along the way. Shawn shares the first song he learned to play on guitar and the cover that caught everyone's attention, his glee club jam to his favorite Taylor Swift tune. This is Score My Life with Shawn Mendes. 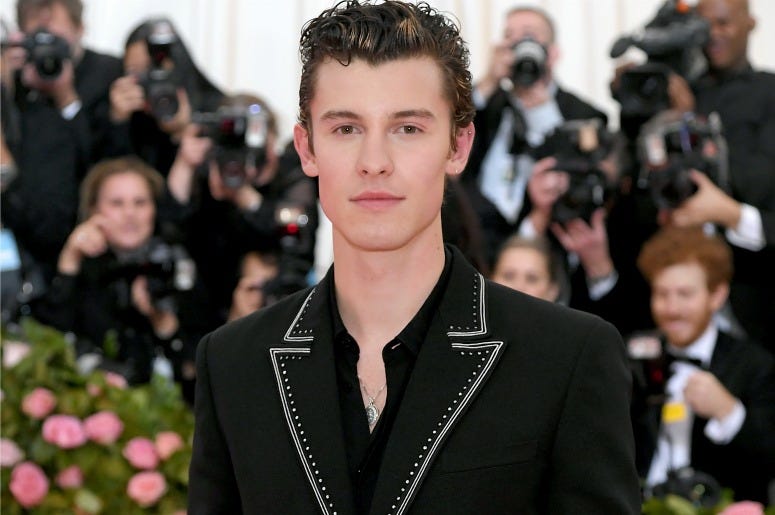 See More Of Shawn Mendes In His Underwear For Calvin Klein

"I would be lying if I didn't say Justin Bieber" smirks Shawn, when asked about his favorite Canadian artist growing up. "Everything off the 'My World' album, was my favorite song." The Ontario native fell hard for Bieber's 2009 debut. The two have joked recently about who holds the current "Prince Of Pop" title.

Listen above for more on the songs that impacted Shawn Mendes on the Score My Life podcast above, and check out his full playlist below.

Shawn Mendes - "This Is What It Takes"

We also had a chance to talk with Shawn about his upcoming tour, his relationship with Dan + Shay, and his best hair advice. Watch the video below and find his full list of upcoming dates here.

music
Music Icon Charlie Daniels Dies at 83
music
Ryan Adams Issues Statement on Abuse Allegations: 'This Is the Albatross That I Deserve to Carry With Me'
news
Protesters Boycott Whole Foods After Employees Turned Away for Wearing BLM Masks
sports
Penn State Basketball Coach Apologizes for 'Noose' Comment
sports
5 NFL Blockbuster Moves That Could Happen Before Week 1
news
Cory Booker on Police Reform: 'Time to Find Common Ground That Can Actually Save Lives'