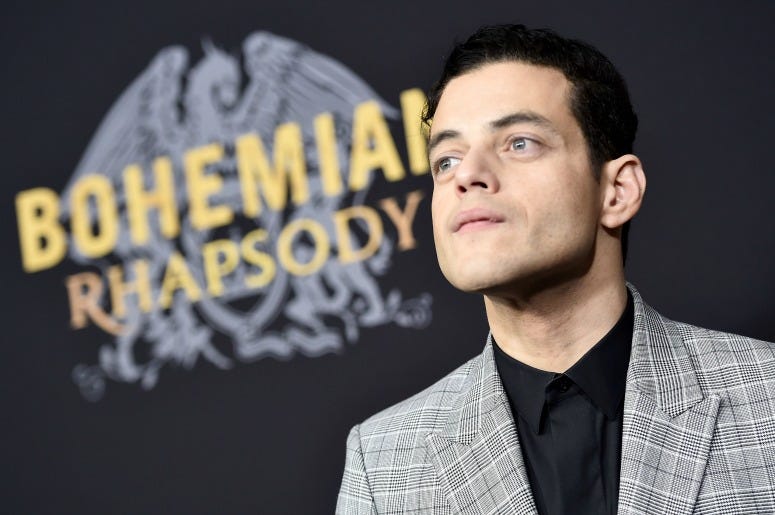 We're over here, thinking we really enjoyed Bohemian Rhapsody, and it turns out we've been doing it all wrong.

The film took home two awards at the Golden Globes on Sunday, earning the award for Best Picture and a Best Actor win for Rami Malek and his portrayal of Freddie Mercury. The movie is the biggest music biopic in history, but that's only half the story. While the film took in over $194 million in the US, it was a smash globally as well. According to Box Office Mojo, the origin story of Queen and the struggles of their amazing frontman found fans is some surprising places.

Bohemian Rhapsody did well around the globe, but it is really Japan and South Korea who outpaced them all. While the movie did great in Queen's native UK, it made $10 million more in each of these Eastern Asian countries. In fact in South Korea, it's one of the the most successful foreign film of all time, breaking ticket sale records after its release.

The reason seems to be a full embrace of Queen and the music of the movie. While you just went to the theater and mouthed the words, South Korea hosted sing-along screenings for fans to be a part of the action. Other theaters hosted costume contests and encouraged viewers to dress like Freddie Mercury as they watched the film. According to the Washington Post, countries like South Korea are struggling to keep up with the demand of Bohemian Rhapsody-inspired mania, with art shows of Queen photos being exhibited in museums and tribute bands touring the country to cash in on the film's success.

The film and the music has even found its way into the world of K-pop, as several artists came together for a televised tribute to the band at the end of the year. Their music has become much more common in commercials throughout South Korea according to reports, and one network even rebroadcast the iconic 1985 Live Aid concert featuring the band. The music and the struggles of Mercury seems to have really connected with fans in South Korea and Japan, maybe in a different way than than it has in the United States.

There's still hope for us yet to embrace Bohemian Rhapsody in a different way, and level up to the enjoyment level of other countries. A special sing-along version of the film will hit theaters on Friday January 11th, one that encourages the kind of party and atmosphere that has taken hold in Asia. After all, why would we stop now. We're having such a good time. We're having a ball.