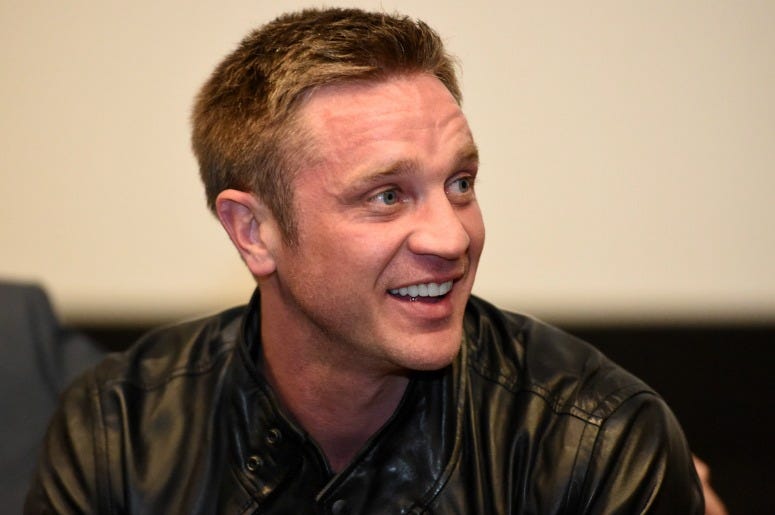 Devon Sawa has a lot to be proud of. He avoided death countless times in Final Destination, made death look friendly in Casper, even was the object on Icebox's affection in Little Giants. He's a fine actor and those are great movies, but his contribution to internet lexicon might outweigh it all.

Sawa played Stan in the music video for Eminem's "Stan", the obsessive fan that can't quite seem to get the attention of Marshall Mathers and goes to the worst extremes in his efforts. Who knows how it would have turned out if "Mr. I'm-Too-Good-To-Call-Or-Write-My-Fans" wasn't so busy. The thrilling video from 2000 was captivating, but it is what the character of Stan has become and come to symbolize in the years since that is the big takeaway. Stan has been adopted as the highest level of fandom, after like becomes love, love becomes stan. The term has transcended the song, the video, maybe even Eminem at this point.

We stan Vice for talking with Devon Sawa about his role in the video. They asked him who he stans in 2018. "This particular year, I mean Eminem's new record coincidentally was phenomenal" he explained.

While it's easy to pile on and claim Sawa never left that rainy day, penning letters, he does elaborate to include other artists, saying "I like anything Kendrick Lamar puts out, I liked Lil Wayne's CD this year. I’m still into old hip-hop, all the greats—Nas, Biggie, Pac, Jay Z, KRS-One."

Ok, but wait, more Eminem. "I think Eminem's is the greatest that came out this year" he continues "I might be biased, but I loved it."

That's an impressive amount of support from Sawa, or some Christian Bale-level method acting. Either way, some Stans always stan the same.