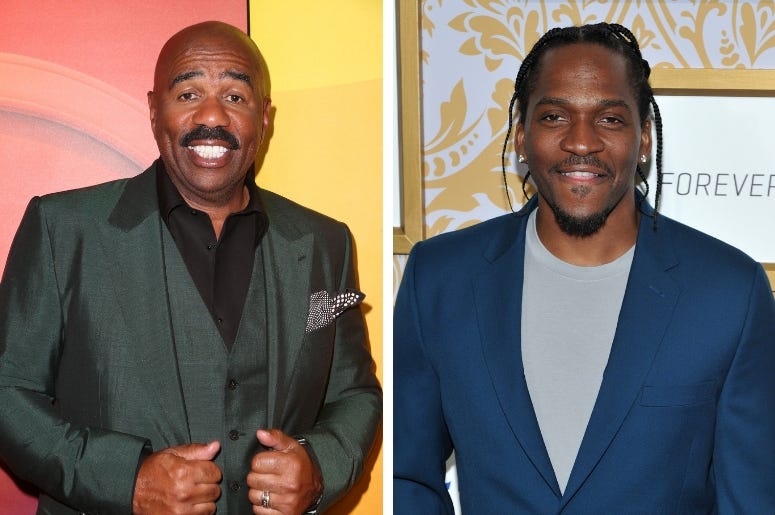 The most unlikely of rap beefs has been brewing and we didn't even know it.

The world was busy thinking that Pusha T's main rap target was Drake. The MC and G.O.O.D. Music President went after the Scorpion singer on and after his latest album Daytona, dragging out claims of ghostwriting and eventually revealing that Drake had a kid. Along the way, Pusha T also took shots at Drake's dad, saying "a Steve Harvey-suit ***** made him."

While the aim was at Drake, the verse eventually made its way to Family Feud host Steve Harvey, and he's ready to respond.

After explaining that opinions like those of the rapper have no bearing on his life, the host casually launched into a savage, expletive-filled, attack freestyle toward King Push.

That's the only part we feel comfortable typing, we will let you click play to feel the full force of a Harvey scorned.

Credit to the woman standing quietly, waiting to play in the final round of Family Feud. She got to witness the birth of a rap god, and maybe even win her family a few thousand along the way.