"I realized that the show, doesn't have to be just a show" Mike Shinoda explained to us last year before the start of his Post Traumatic Tour. "It's an experience. People are coming there for a variety of reasons, one of which is to hear the songs they know and have fun. And there's another part of it that's this communal spiritual experience, or it's a connective experience. There's something else going on." 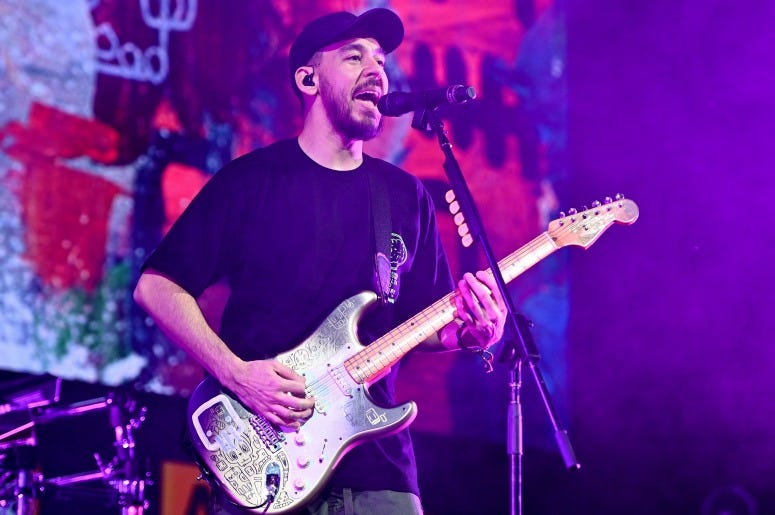 There was something special about the Post Traumatic Tour. It was a celebration of life and a collective therapeutic meeting with a friend after a very tough year for a community of Linkin Park fans. Just as the process of recording his debut album helped Shinoda grief the death of Chester Bennington, the tour was very much an extension of that and a celebration of their unbreakable bond. "There's something very natural about, just realizing there's a special human connection and a shared path that we've had through Linkin Park and through the music in general from then until now" expressed Shinoda.

Now Shinoda has offered a glimpse inside of those shows with his video for "I.O.U." With footage from concerts in Montreal and New York, Mike is commanding and powerful but forever synchronized with the crowd. The song is the latest from his Post Traumatic album, which was released in June of 2018. A deluxe edition of the album was released last month with two additional tracks included.

Shinoda begins the European leg of his Post Traumatic Tour in Germany on Tuesday. You can find the full list of dates here.