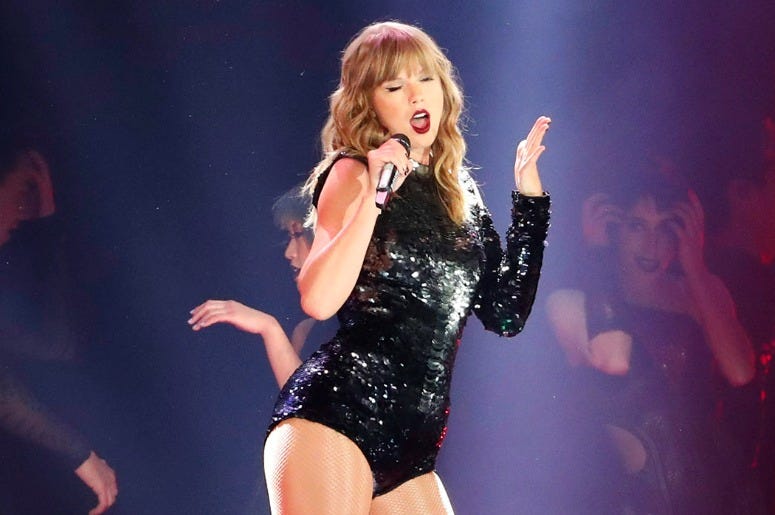 When Taylor Swift was just fifteen-years-old, the singer was signed to a record contact with Big Machine Records, based out of Nashville. As the world has seen, Swift has grown to be one of the biggest stars on the planet and well beyond her beginnings. Swift has gone platinum more times than we can count, she has become a pop icon, and continues to sell out stadiums on the highest-grossing tour ever led by a woman. She has turned sincere songwriting into a force of nature.

Now according to Variety, for the first time in over a decade the “Delicate” singer is about to be a free agent. November 10th will be the anniversary of the release of Reputation, her sixth studio album. With that, Taylor will have fulfilled her contract with Big Machine Records and it will expire.

So what will the savvy Swift do next? What will it take to lock down one the biggest artists in the world? When will the wooing begin like she is Lebron James?

We have seen her handle business before, and know that it will require more than any ordinary record deal to land a talent like Taylor. For that reason, we have come up with a few things you might want to offer TayTay to get her to sign on the “Blank Space.”

Here are our Swift suggestions to signing Taylor.

If you’re going to give her money, it better have a thirteen in it. It’s her lucky number. Taylor turned thirteen on Friday the 13th, and always wins awards when she sees thirteens. Her first album went gold in thirteen weeks. Get that girl a thirteen!

Snakes have been all over the Reputation tour and this era for Taylor. After being called a snake, she has flipped the script and taken ownership over the slithery insult, selling snake rings and having a snake pit at each show.  Here’s an idea, instead of “snakes on a plane”, why don’t you give her a snake that’s a plane. It’s a plane that’s shaped like a snake and it will become the official airplane of Taylor Swift. Will a plane shaped like a snake fly? We’re not engineers, but maybe.

All the kittens care about is taking selfies

Who knows what the future holds for Taylor Swift, or if she will even sign with a label at all. We will have to wait until November to find out for sure.

Taylor continues on the Reputation tour into November. You can find a full list of dates here.