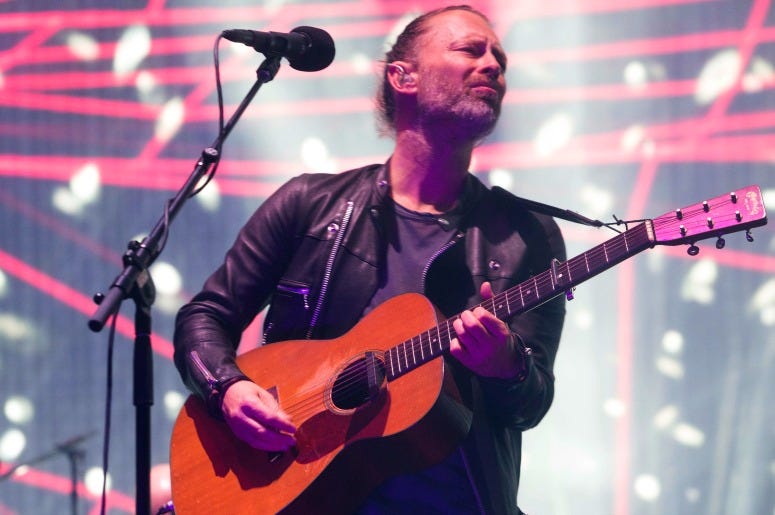 Thom Yorke has released his original score for the upcoming Suspiria film, which is due in theaters nationwide on Halloween.

The film stars Dakota Johnson and Tilda Swinton, and is based on the 1977 horror classic directed by Dario Argento. The new haunting soundscape for the film is now available everywhere, and features the song "Unmade." Yorke performed the song for the BBC earlier this week.

While making the rounds to discuss this work, The Radiohead frontman has also been revealing details about his upcoming solo album, expected in 2019. “I didn’t have any desire to make very political music, but everything I do tends to go that way anyway" Yorke tells Spanish newspaper El Mundo. "“It’s very electronic, but it’s different from what I’ve done until now. The method has been the opposite of depending upon the computer. It’s a strange process in which we construct a song in the studio, break it apart, we reconstruct it with a live mix and it turns out completely differently, and that’s when we record. We have improvised many sounds and effects. It has been a very strange way of making a record, which is very exciting.”

Yorke will embark on a solo tour in November. You can find the full list of dates here.