The scratch of an old record and the anticipation of a kiss, when time felt infinite and there was nothing to worry about. It's life back on "Center Point Road" for Thomas Rhett, and his memories of growing up.

The "Look What God Gave Her" singer has released the title track to his upcoming fourth album, due out on May 31st. Along with Kelsea Ballerini, Rhett takes us back in time to growing up in a small Tennessee town. "We got high on you and me, jumped over cracks beneath our feet" he sings. "And we thought it would never end, then watched it go like summer wind." 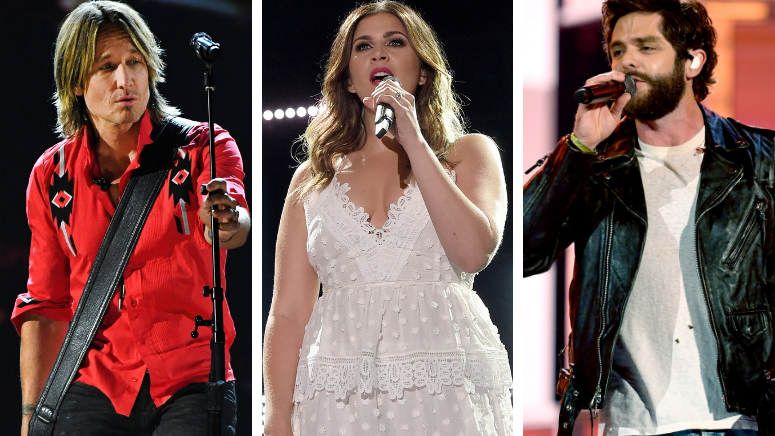 Together, Rhett and Ballerini trade memories of young love and carefree feelings, echoing their experience from when time stood still.

The nostalgic trip to hiding beers in the basement and Friday night football is a perfect entry into Rhett's world of Center Point Road, which he has said is about the place that shaped him and his feelings of growing up. The album also features "Don't Threaten Me With A Good Time" featuring Little Big Town, "Beer Can't Fix" featuring Jon Pardi, and the lead single he wrote with his father, "Look What God Gave Her."

Center Point Road is available everywhere on May 31st.

Last month, Rhett won Male Artist of the Year at the 2019 ACM Awards. Backstage before the show, he answered a dare from the Eli Young Band in the exclusive video below.