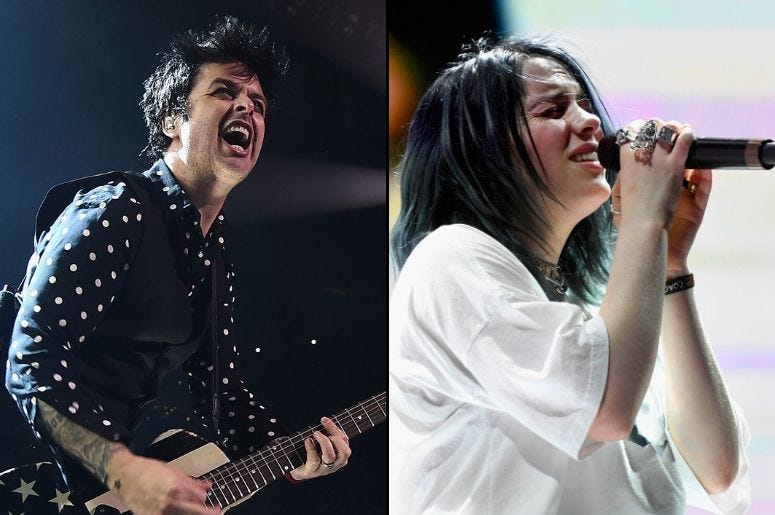 Two of the best Billies of all time came together on Wednesday night.

After a show at the Bill Graham Civic Auditorium in San Francisco, Billie Eilish was met backstage by a fan named Billie Joe Armstrong. The Green Day frontman posted a picture and wrote, "That was an excellent show! Thanks so much Billie Eilish and Finneas." Armstrong was in the crowd on a "date night" with his wife and son, before meeting the "bad guy" singer and her brother. 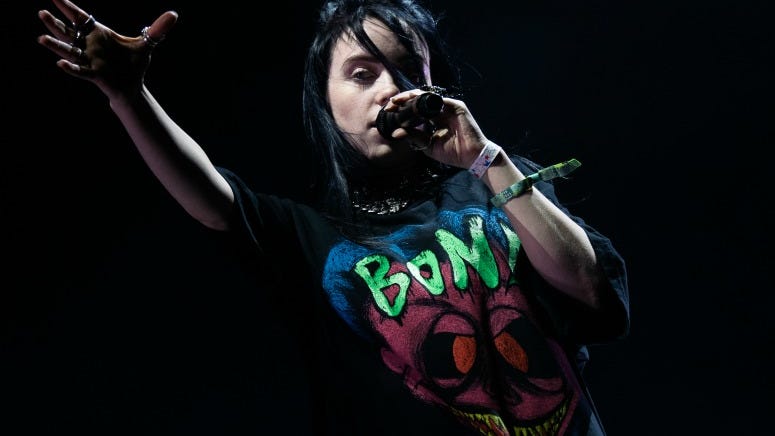 "SPEEEEEEEEEECHLESS" responded Eilish in the comments of Armstrong's photo.

The meeting between these two is iconic, in the way that both have captured the attitude of a generation and have created their own lanes, decades apart. It's also just the latest high profile meeting for Eilish, who got to do trivia with Rainn Wilson from The Office earlier this month and met Justin Bieber at Coachella for the first time in April. A longtime fan of both, Eilish samples the show on her debut album and has long talked about her crush on Bieber, and the DM she once sent him.

Speaking of generational impact, Eilish recently became the first person born in the 2000s to have a number one album, as WHEN WE ALL FALL ASLEEP, WHERE DO WE GO? took the top spot earlier this year.

Billie will continue touring across the country into October. You can find the full list of dates here.