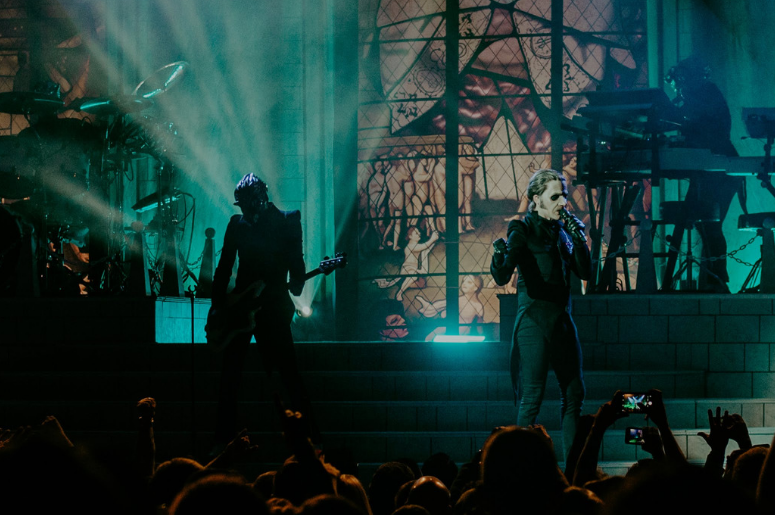 We went to church, or the opposite of church, or really somewhere in between with the band Ghost. The Swedish metal band which won Best Metal Performance in 2016 is once again nominated for GRAMMYs, scoring a nod for Best Rock Album and Best Rock Song, so it seemed like the perfect time to see the spectacle in person. Their album Prequelle finds them in fine form, tighter and more straight-forward than ever, unfolding with cinematic style and a hint of danger lurking behind every song. It also marks a transformation for the band, with Cardinal Copia standing in for the Papa Emeritus as the band's leader. It's still a mysterious character dressed in religious attire, backed by a masked clergy of "Nameless Ghoul" musicians all donning the same mask. This is Ghost. 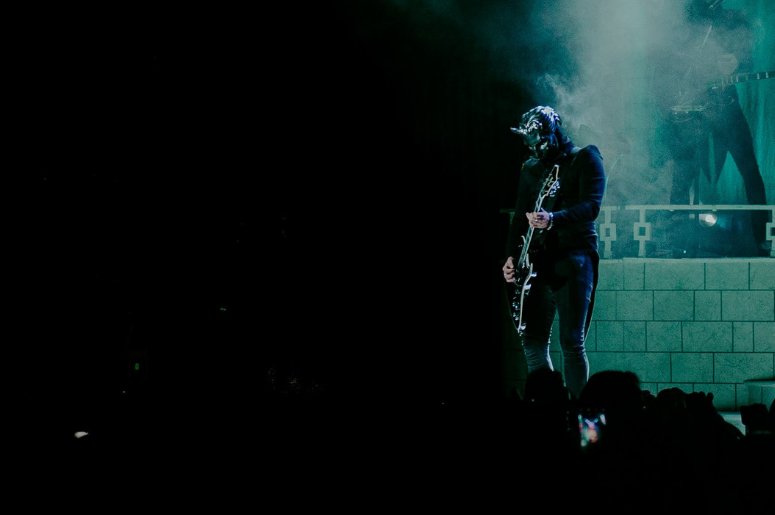 The band is playing their last shows of the year, and their last in North America for a while with plans to tour Europe in 2019. We attended one of these final ceremonies of rock, A Pale Tour Named Death as it is known, and exited with excitement and wonder.

Rather then work to unravel the mystery, Ghost is best enjoyed as presented: an energetic musical ride about our impending doom and the evils of all worlds. The band plays on an altar of sorts, grand steps leading to massive windows of stained glass featuring imagery of the band. It's cold and gray, like a grand church or the rooftop in Ghostbusters. There is no ZUUL, only Ghost though as the Cardinal emerges with the flare and charm of a roadside preacher. 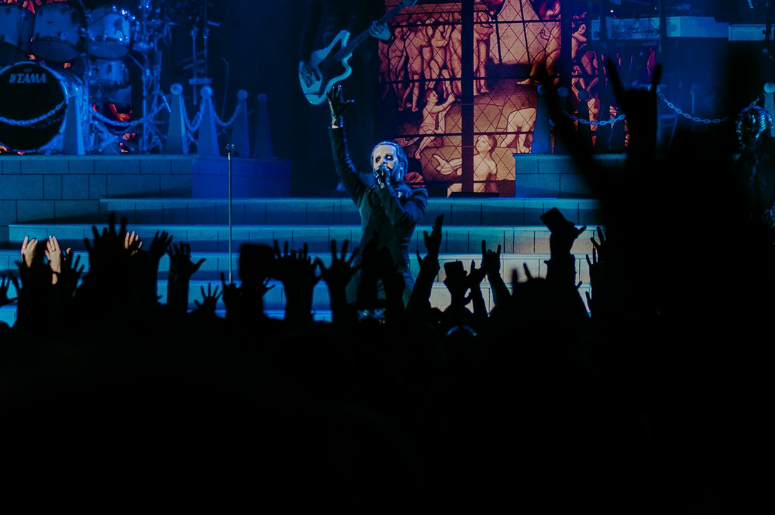 Dressed in a skinny black suit with tails and an extended ashen face, his eyes black and lifeless but his body electric. The Cardinal trots around the stage with exaggerated gestures, an encrusted upside down cross shimmering from his chest. Behind him is his army of Nameless Ghouls, all with Cantina-like moves as they shred through the band's set.

Ghost blazes through songs from all albums, each with a bit of a wink but never letting up on the music's intensity. Everything is precise, and at their best it's fist-pumping metal meant for the masses. It all works, the mystery and the madness of it all because it's all done with a smile and a nod. The Cardinal coaxes the crowd, saying a song is "a good bite in the ass." 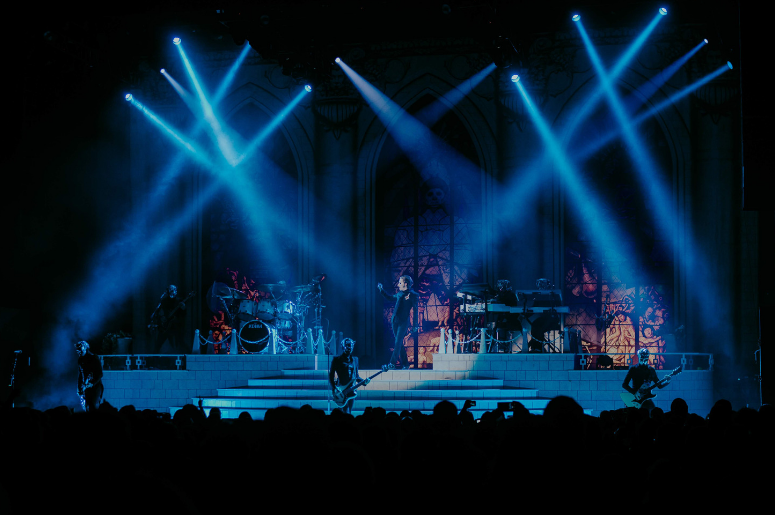 "I would like to bite your asses" he snarls as the crowd erupts. There's music to "make your asses wobble" and songs to "tickle" parts you thought untickleable. There's even a sax solo and a keytar at this grand display of theater and rock.

"Feels good right?" questions Cardinal Copia after one particularly ass wobbling song. It does, in this immersive moment of music.

You can find all of Ghost's upcoming tour dates here.