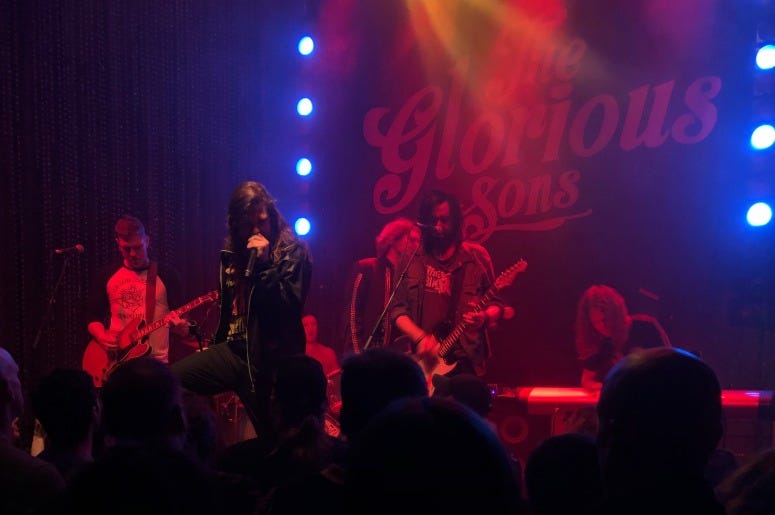 It's amazing to watch someone on the verge.

The Glorious Sons started a wave of momentum in 2018, that carried them to the number one rock song in the country in January. Since then, the "S.O.S. (Sawed Off Shotgun)" singers have been on the grind, playing rooms around the country, likely booked before America was fully aware. The Ontario band has been picking up hardware in their home country for years, winning Rock Album of the Year twice in as many tries at The Juno Awards, but it's just now that the US seems to be catching on. For that reason, we got to see them in a spot much smaller than should be expected and will soon be demanded. Here's what we saw, as The Glorious Sons prepare to make their jump to light speed and the next level. 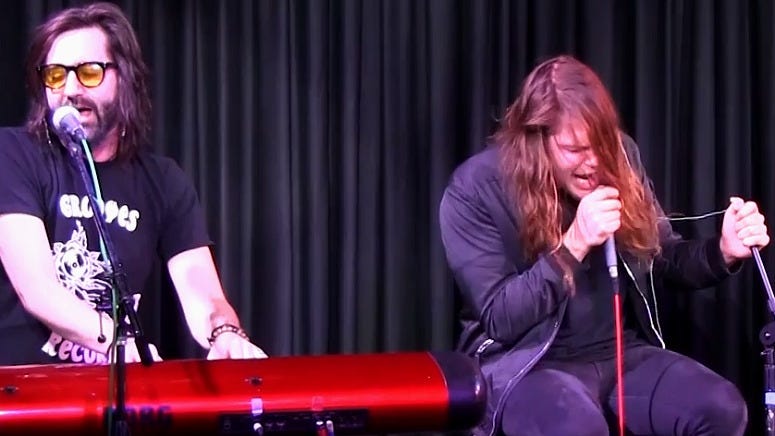 Watch The Glorious Sons Strip Down Their Number One Song "S.O.S. (Sawed Off Shotgun)"

The evening started with two other artists thrashing at the threshold. The lively sneer of JJ Wilde and Los Angeles band Liily laid the perfect primer for the storm about to come. For Liily in particular, the young band is raw and electric, burning off pure energy like a spastic explosion. Crammed onto a small stage, just enough room was left for lead singer Dylan Nash's Jagger-esque hand movements and strutting strokes towards the sky. They have just released their shout-along EP I Can Fool Anybody Is This Town.

Enter, The Glorious Sons, who emerge from the back of the stage - cramped and playfully smirking as the crowd shoulders each other for their spot. With a swinging mess of hair, singer Brett Emmons surveys the crowd, wearing a Harlem Globetrotters jersey and an Adidas track jacket. He's eying the crowd with bad intentions as a coy smile creeps across his face. It's as though he knows the energy about to spill onto the stage and it's personally amusing. 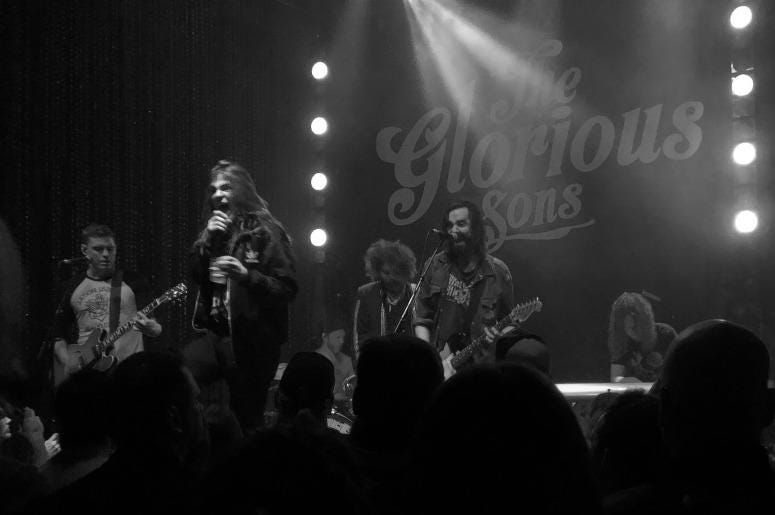 As the entire room shouts along to "Godless, Graceless and Young", Emmons stalks the stage and steps around the full-throttle band. He's commanding. You can feel that this club can’t quite hold this band at this speed, soon to be Festival mainstays and a staple of rock for the next few years. There's six of them on stage, and Emmons oozes attitude and cool as they all seem to sweat out every chord and blue-collar lyric.

As the band slows to subtle roar, Emmons talks about all the noise of the outside world and the community that has come together despite it. “That’s all we're here to do it connect" he says "It doesn’t matter. It’s just me and you.”

From this frenzy and the ability the band possesses to touch every heart in the room, it's clear that the next time through town there will be more me and yous invited to the party. For now, catch them while you can. The Glorious Sons continue their tour for another week or so before a summer of playing to those massive festival crowds. You can see the full list of their upcoming shows here.