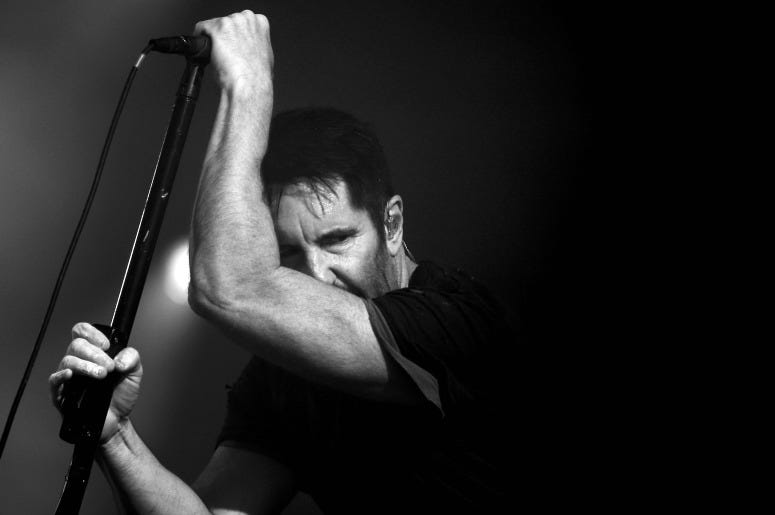 Halloween is still over a week away, but today it feels like it's here.

Everything is coming up spooky. We just got our Game Of Thrones costume back from the cleaners, we're bleeding Snickers thanks to our office candy bowl, and the new Halloween movie is finally out! Michael Myers is back just in time to celebrate his 40th anniversary, and he hasn't aged one bit.

Directed by David Gordon Green, the film is an official sequel to the original and comes complete with an updated soundtrack from original creator John Carpenter. “It was great,” Carpenter said in a release. “It was transforming. It was not a movie I directed, so I had a lot of freedom in creating the score and getting into the director’s head. I was proud to serve David Gordon Green’s vision.”

The updated soundtrack is available now, but there's still more treats to cut through between now and the big day. This week they also announced that Nine Inch Nails leader Trent Reznor's amazing interpretation of Carpenter's Halloween theme with Atticus Ross will be coming to vinyl on October 26th. Released last year, the duo's take on the classic theme has only been available digitally up until now, but is currently available to pre-order via Sacred Bones.

Now you have something to spin while you talk about the midterm elections with someone dressed like an Avenger. Happy haunting.