One of the most anticipated albums of the year has almost arrived.

When We All Fall Asleep, Where Do We Go? is the debut from Billie Eilish that drops on Friday March 29th, and expectations have been building for months. The 17-year-old singer has exploded onto the scene with a unique style all her own, pushing people both musically and visually since her first single. Already she has built an amazing catalog of sincere and soul-baring songs, matched only by the striking clips that accompany them. 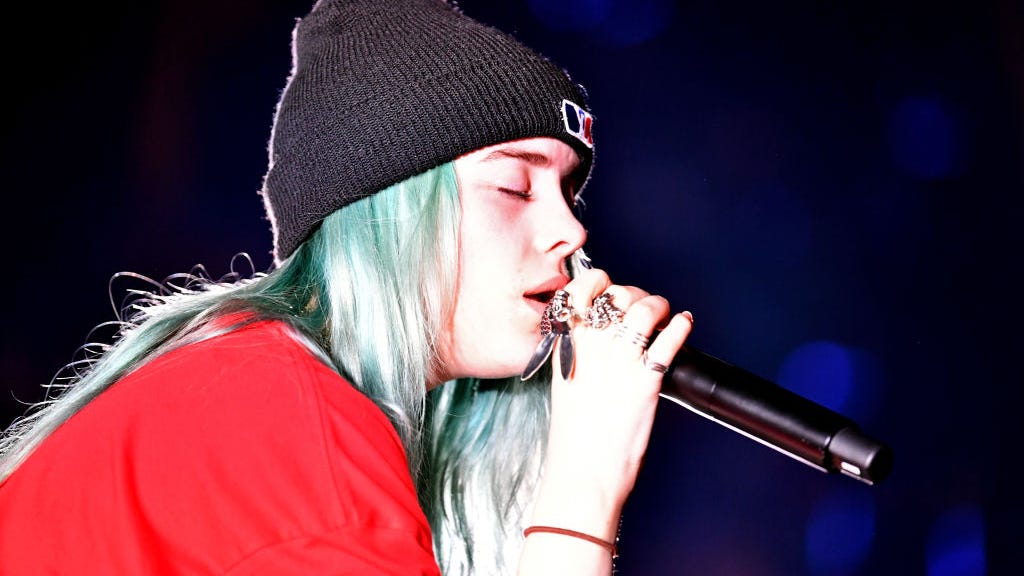 Billie Eilish Joins ‘Hot Ones’ as the Youngest Guest Ever, Panics While Eating Hot Wings

With that in mind, FBE has sat down with adults to have them wrap their brain around her shocking and beautiful videos. Spoiler alert, they get it.

"She kind of feels like the new wave of the social media generation of pop stars, where you don't necessarily need all of these main stream things to become popular" offers one watcher. "She's disrupting the platform of a woman in pop music having to be selling sex in order to be successful" claims another. "That's what she's disrupting, and it's amazing. That's why I really like her."

Eilish of course is no stranger to this series of reaction videos. Last year things got meta when Billie reacted to a video of teens reacting to Billie Eilish.

Billie also recently linked up with YouTube Music, to talk about the inspiration behind her newest song "wish you were gay." The song will be featured on When We All Fall Asleep, Where Do We Go?, which you can pre-order here.