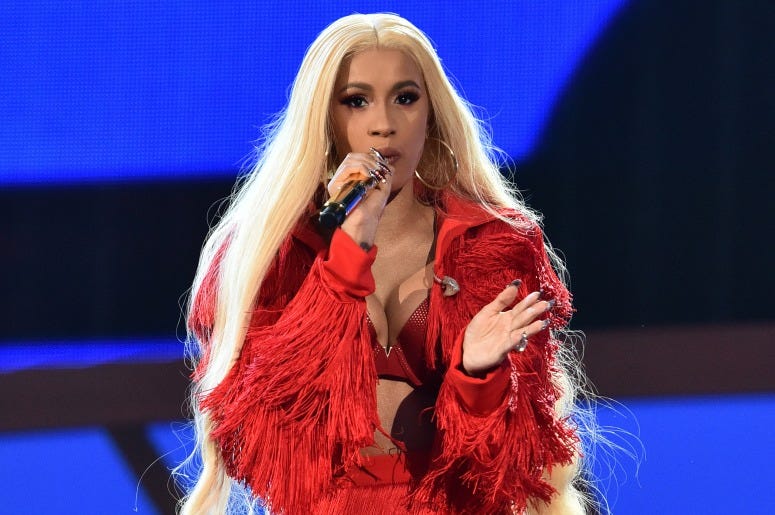 Cardi B has been busy making mommy moves, and unfortunately had to delay her return to the stage. However this weekend we finally were able to welcome her back. Cardi made a brief appearance during her husband's set in New York in August, but Saturday marked her first solo performance since giving birth to her daughter Kulture. At the Global Citizen Festival, Cardi joined a lineup that included Janet Jackson and The Weeknd, ripping through several of her songs from Invasion Of Privacy.

Flanked by an army of spandex-clad dancers, Cardi emerged in a red bra and flowing red robe. "What's poppin' New York" she yelled as she entered the stage. She stalked the Central Park crowd fiercely, dancing and posing along the way.

The "Be Careful" singer was scheduled for the supporting slot on Bruno Mars' 24K Magic tour, but unfortunately had to cancel. Cardi B is next set to perform at the American Music Awards on October 9th. She is nominated for eight awards.