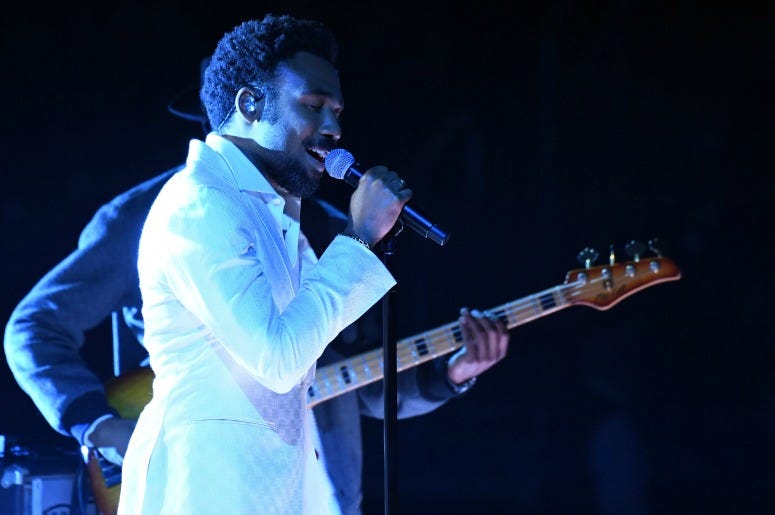 Gearing up for the finale, Gambino has been unwrapping new material along the way. New songs “All Night” and “Algorhythm” have been sent to fans that purchase tickets to the show, and another new song in which he sings “turn all the lights out, we shine brighter in the dark” has been making an appearance in the setlist.

“This is some new shit I’ve been working on.” — Childish Gambino pic.twitter.com/9GC0bO3SZq

That tweet is taken from his show on Friday night in New York, but you can see a more complete fan-shot version from Atlanta here.

It remains to be seen if any of these songs will be featured on the final Childish Gambino album that was teased earlier in the year. After winning a GRAMMY in January, Donald Glover reiterated his plans to retire Gambino. “I think if a lot of things had death clauses in them we wouldn’t have a lot of problems in the world, to be honest” he told reporters. “I think endings are good because they force things to get better.”

The “This Is America” tour continues through October. You can check out the list of dates here.