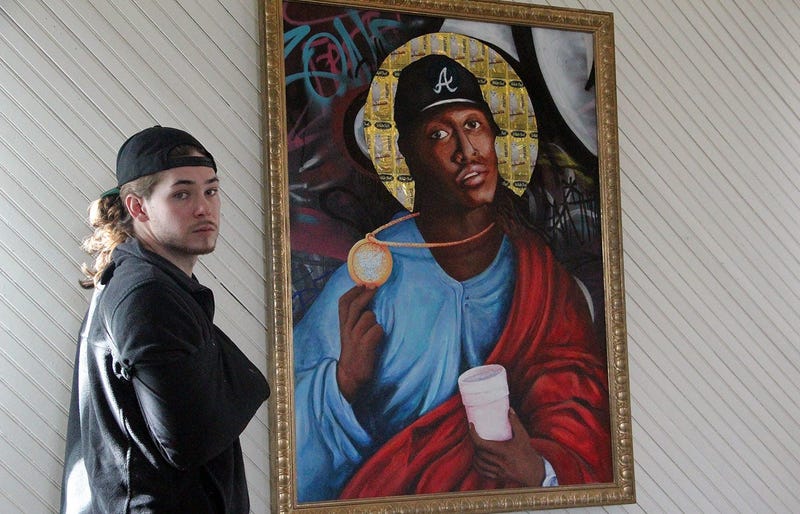 “I mean we’re not dressed appropriately for the weather in any way” said CHVRCHES singer Lauren Mayberry from the outdoor Jimmy Kimmel Live stage on Tuesday. “Black, and layers. Ugh.”

“I think we’ve stopped doing the stuff for the TV now, which is why we’re allowed to speak. I think” she joked. “I hope so, otherwise I’m fired from my own job. Again.”

They were off TV, but the cameras were still rolling for an off-air mini concert. The band belted out the powerful “Miracle”, strutted through their single “Get Out”, as well as “Graves” and “Never Say Die” from their new album Love Is Dead.

“This is the last show in a fifty-one day tour” explained Mayberry. “That means you guys either got us at a really good point or like, we’re not even here. I can’t tell.”

Spoiler alert. It was a really good point. Check out the full performance below.