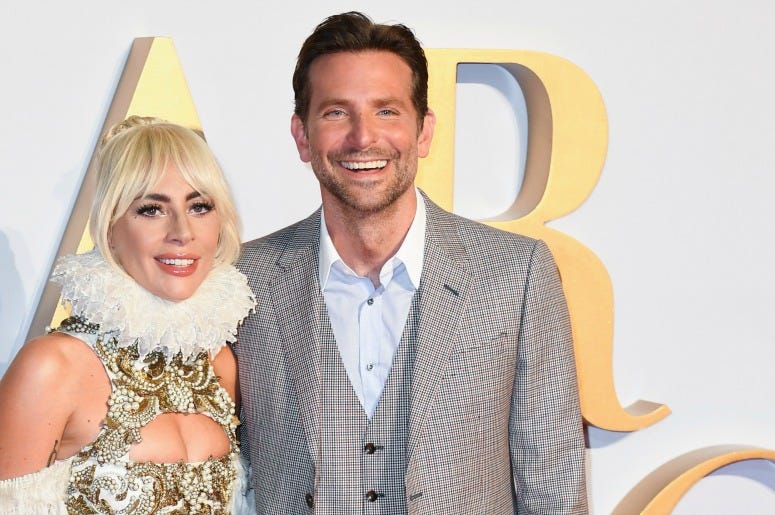 Lady Gaga and Bradley Cooper gave us life in A Star Is Born, and we can't stop singing the songs from the soundtrack. Neither can anyone else it seems as the album has once again landed at the top of the Billboard chart for the third week in a row.

Songs like "Shallow" and "Is That Alright?" have been powerful enough to overcome new releases from heavyweights like Disturbed, Greta Van Fleet, and Quavo. The musical duo of Gaga and Cooper has rocketed the album to one of the most successful soundtracks of all time, and has helped the film top 250-million-dollars.

Along with a third week at the top, comes a new video from the film. The video for "I'll Never Love Again" features scenes from A Star Is Born, including the song's climatic performance. As beautiful as it is, it should carry a warning for potential spoilers and potential crying in public. If you haven't seen the movie yet, you might want to wait to watch the clip. Also, if you haven't seen the movie yet, what are you doing with yourself? Please go see it so we can be better friends. Otherwise, enjoy.

Earlier this year, Gaga explained the amazing, tragic story behind the filming of that song in particular. “On that day actually, my friend Sonja who had been battling cancer for years, her friend called me and I could hear her moaning in the background. And they said, 'she's not doing well'” she told Zane Lowe earlier this month. “I thought she was dying, so I left the set. I didn’t even stop to see Bradley, I just got in my car and started driving, and I missed her by ten minutes.”

"I looked her husband, her widower in the eyes and I said 'I don't know what to do.' And he said 'you gotta do what Sonja would want you do.' She loved being a performer and she loved working in music" said a very emotional Lady Gaga. "She gave me a tragic gift that day, and I took it with me and I went back to set, and I sang that song for Jackson, and for her."

"On that very same day. Within an hour. Life is hard man, but we got to stick together."

The soundtrack to A Star Is Born is available everywhere.