Now that Happiness is here, the Jonas Brothers are ready for a remix.

Fresh off the release of their first album in a decade, Happiness Begins, the group stopped by The Tonight Show on Monday to give their hit "Sucker" a new look. Along with Jimmy Fallon and The Roots, the Jonas Brothers picked up the classroom instruments and added that extra xylophone you never knew the song needed. Clappers and a banana shaker help the crew deliver a marching, enthusiastic edition of the tune that you have to see. 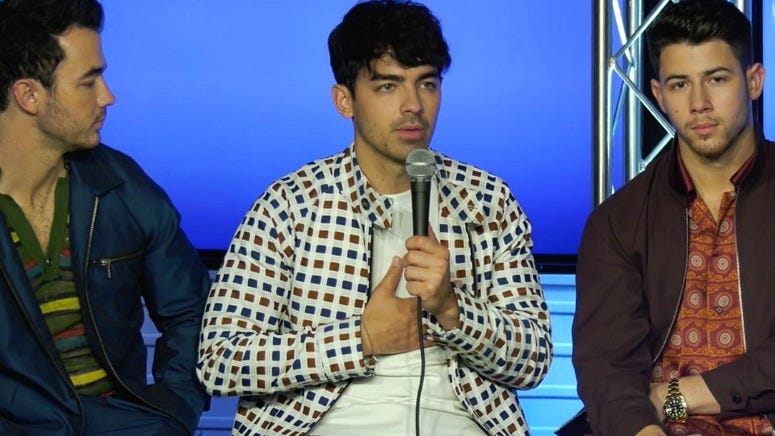 EXCLUSIVE: The Jonas Brothers On How ‘Happiness Begins’ Represents Their Journey Through the Past Decade

The trio also extended their upcoming tour on Monday, adding dates to the trek in five cities. The tour kicks off in August, with several shows already sold out.

This week is almost a victory lap for the Jonas Brothers, who cemented their comeback last week with a new documentary and the new album. "We haven’t released music together in ten years, so there’s a lot that we feel like has been on our hearts that we wanted to put down on paper, and put down on camera, and in this music,” Joe Jonas told RADIO.COM in an exclusive interview last week. "We hope that it is a soundtrack to your own life and a journey."