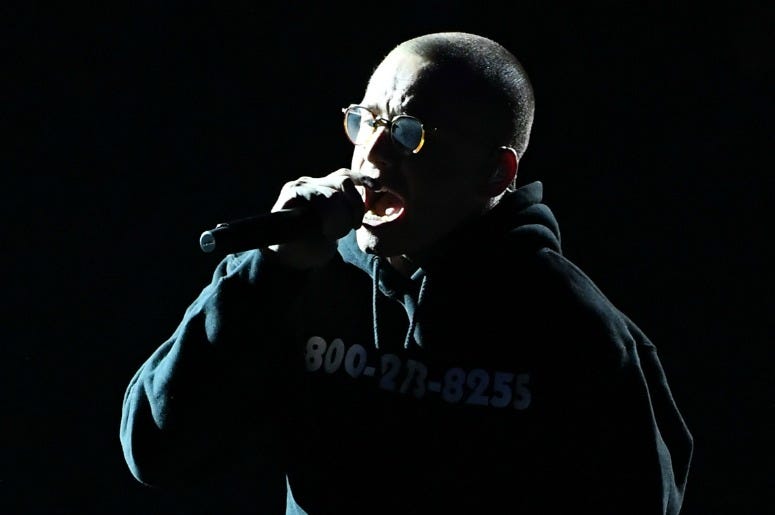 Ripped from the headlines, Logic has released the video for “One Day” featuring Ryan Tedder of OneRepublic.

The cinematic story starts on the border in present day, as a family is torn apart attempting to enter America from Mexico. It follows a young boy’s journey, starting with his treatment in the facility after the separation, being placed in a cage with only cups of water and foil blankets. This of course mirrors the stories and pictures that emerged concerning the current administration’s border policy and the forced separation of families.

While the boy struggles, another boy in California celebrates a birthday. He’s amongst a family that owns and displays apparent Nazi memorabilia.

The clip continues to show the two aging into the future, as the refugee is placed with a family and succeeding in school, the other child grows to doodle Nazi imagery in his notebooks and attend meetings with other supremacists.

The two eventually cross paths far into the future, but we won’t spoil the ending. It’s powerful, and another volley in the on-going conversation surrounding immigration and the border.