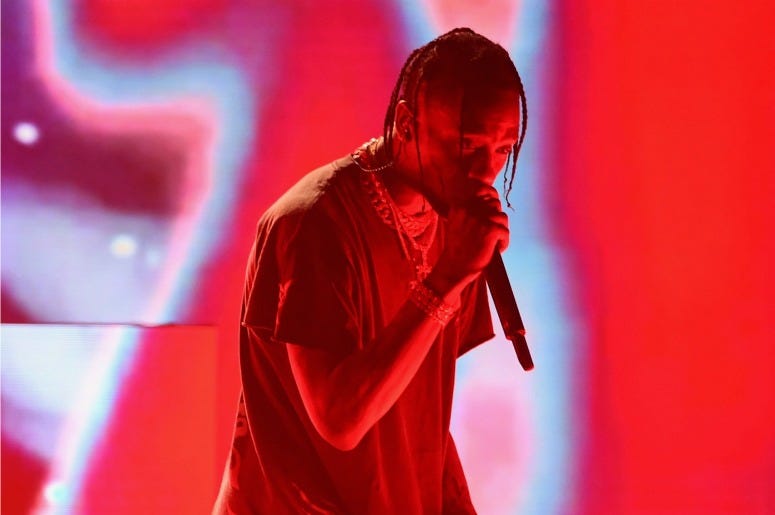 The first full video from Travis Scott’s ASTROWORLD has arrived and it features a biblical battle, laser eyes, and singing sheep.

In the Dave Myers directed clip for “Stop Trying To Be God”, Scott starts alongside sheep mouthing the lyrics to the song. This simple shepherd though is turned into a prophet when he is hit by a fireball from the sky. He emerges from the flames, cradled by Kylie Jenner glowing in gold.

A bearded God looks on as Scott starts to take on followers, baptizing them into an awesome braided, pool party. Fine, but once Travis starts riding some fire-breathing, horned Never Ending Story like dragon, that’s when he brings the wrath – this time in the form of laser eyes.

The laser eyes of god burn a hole in the head of Scott, he dies, and is mourned as James Blake sings on.

But wait! In the end the same golden Kylie cradles a lamb, just like she did Travis.

Is Travis reborn as the lamb? Is there still a pool party happening? Is that gold paint made my Kylie Cosmetics? There is so many questions.

As for ASTROWORLD, the album is set to dethrone Drake for the top spot on the album chart according to Billboard. That could mean a lot more laser eyes in our future.