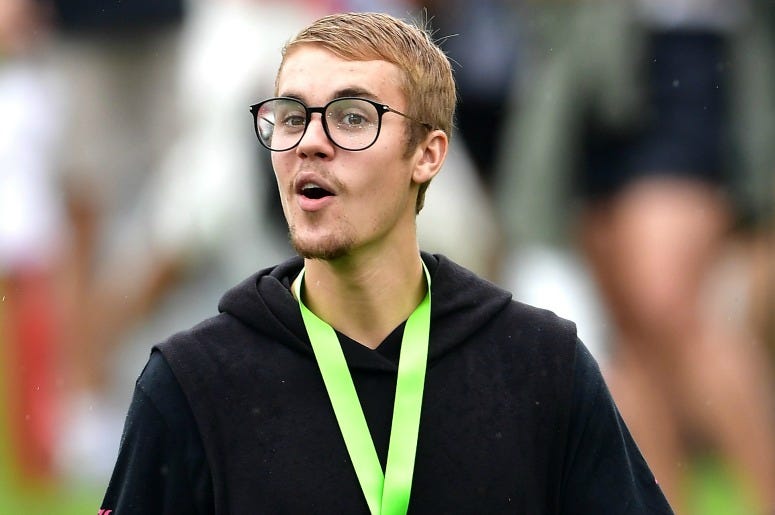 Not since NAFTA has all of North America's interests been so intertwined as, the great Justin Bieber Burrito Disaster of 2018. It all started with a tweet, of what seemed to be the "Love Yourself" singer eating a burrito the wrong way. Is there a right way to eat a burrito? A few. Is there a wrong way? Yes. One very wrong way and it appears in this picture.

The way Justin Bieber is eating this burrito will haunt me for the rest of my life. pic.twitter.com/UCZHvD57XF

My new Halloween costume is Justin Bieber eating a sideways burrito in the park pic.twitter.com/ccuItSaUGW

Just stared at a picture of Justin Bieber eating a burrito from the middle for five minutes.

There he was, eating a burrito like a cheese and salsa harmonica, with complete disregard for its structural integrity and overall good manners. But it turns out, it wasn't Justin Bieber at all. The photo was the a prank by an organization called Yes Theory, and we are left with equal parts relief and anger, with extra guac.

The photo was staged with a Justin Bieber look-a-like in an effort to see if it would go viral. It did. We were had, but we can all sleep easy knowing that nobody eats like that.

Wishing everyone an amazing day