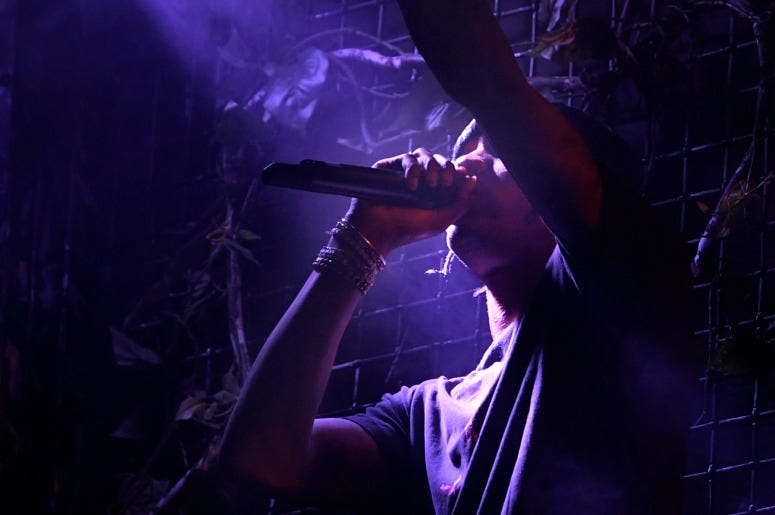 If they’re not going to bring back Astroworld, Travis Scott is going to do it himself.

Scott was born in Houston where Six Flags Astroworld was once a highlight of the city, but the park was demolished in 2005.

“They tore down AstroWorld to build more apartment space” the singer and rapper remembered in a GQ interview last year while talking about his upcoming album. “That’s what it’s going to sound like, like taking an amusement park away from kids. We want it back. We want the building back. That’s why I’m doing it. It took the fun out of the city.”

Scott brought it back and invited the fam. On his third album, ASTROWORLD, Scott trades bars with Drake, 21 Savage, and Migos. The album also features The Weeknd, Frank Ocean, and even Stevie Wonder. That’s just the beginning of the guest list over seventeen tracks.

In the album trailer, Scott walks around the remains of ASTROWORLD.  It looks like the coldest mall in America at first, but that’s more inviting than the wolves and flames outside.

After a set at Lollapalooza, Scott continues this summer with festival slots in Canada, California, and Europe. ASTROWORLD is available everywhere.