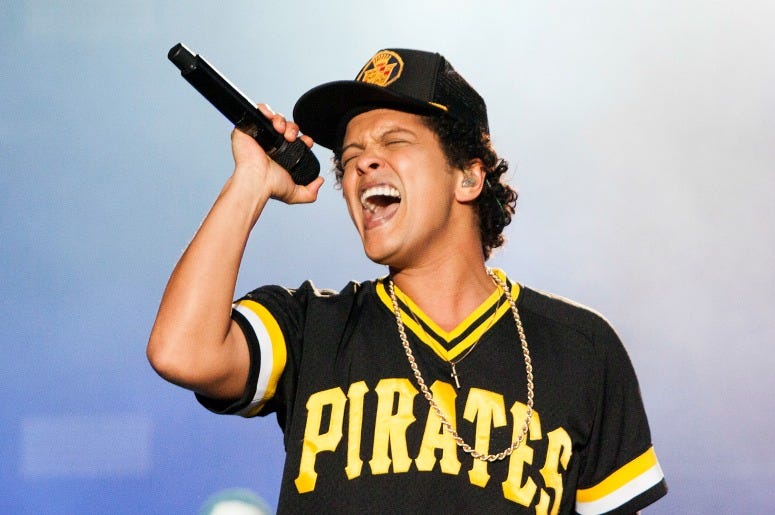 Bruno Mars is doing his best to cushion the blow of Cardi B bowing out of his 24K Magic tour that starts in September.

The Invasion Of Privacy singer was forced to sit out her scheduled appearance, after giving birth to her daughter Kulture in July.

Sorry guys ,Thank you @BrunoMars for being so supportive and understanding .Your the best ❤️❤️❤️ pic.twitter.com/ds9HE61i9j

The “Uptown Funk” artist managed to call in a few favors though, and has stacked his tour with R&B stars from yesterday and today.

The legendary Boyz II Men will open for Mars on several of the dates. Former vocalist for The Gap Band and eleven time GRAMMY award nominee Charlie Wilson will also be there for select stops.

“Level Up” singer Ciara in on-board for a few shows, as is up-and-coming star Ella Mai. Her singles “Boo’d Up” and “Trip” have been two of the biggest bangers of the summer.

You can check out all the dates for Bruno Mars’ 24K Magic tour here.