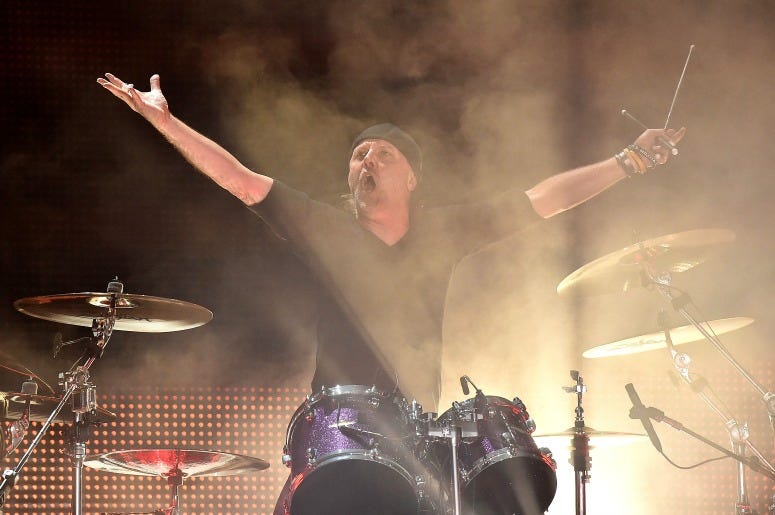 The mighty Metallica continued going strong in 2018, touring the country, releasing a revamped edition of ...And Justice For All, raising money at every turn, crafting their own line of watches, even meeting Post Malone. There's no slowing down for one of the greatest rock band's on earth, but what do they listen to in the spaces in-between?

Maxim sat down with drummer Lars Ulrich to talk about the band's brand of whiskey launched this year, and took a detour to talk about what Lars is listening to these days.

"When I'm working out or driving from point A to point B, I listen more to the Arctic Monkeys than anything else" he tells the magazine. "Their new album that came out in May is just an incredible record. It just makes you want to go back and revisit their whole catalog because each record is so different."

The laid-back vibe of Tranquility Base Hotel & Casino might not be your first thought when it comes to the hard-charging drummer, but the album from Alex Turner and company gets high praise from Ulrich.

"You'd go back and revisit things from previous records and fall in love with them for different reasons than you did five years ago or eight years ago. I would say when I think of 2018, the main musical mainstay is definitely the Arctic Monkeys for me."

As for the whiskey, Blackened Whiskey is a sound-wave-enhanced batch and you can find more information here.