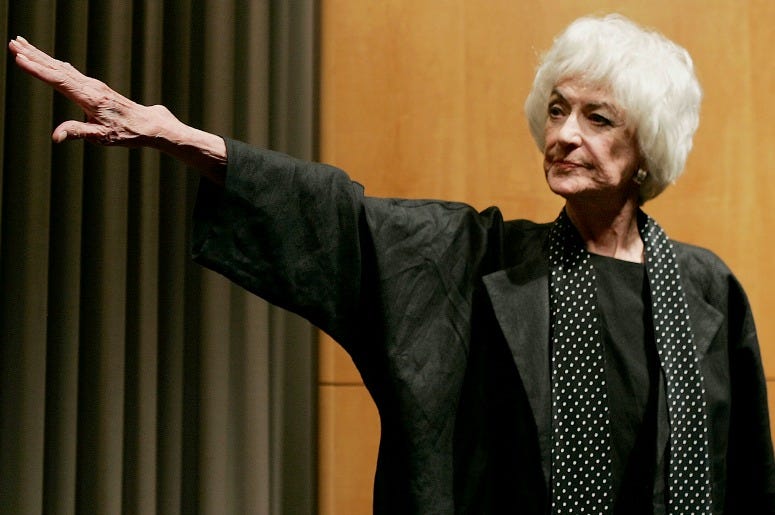 Dear pals and confidants, you might have noticed that this morning the world awoke to Bea Arthur being a trending topic on Twitter. Nestled nicely between #ThursdayMotivation and #MakeMeCringeIn4Words sat the name of the legendary actress, the one which as traveled down the road and back again.

But why was everyone talking about The Golden Girls star? 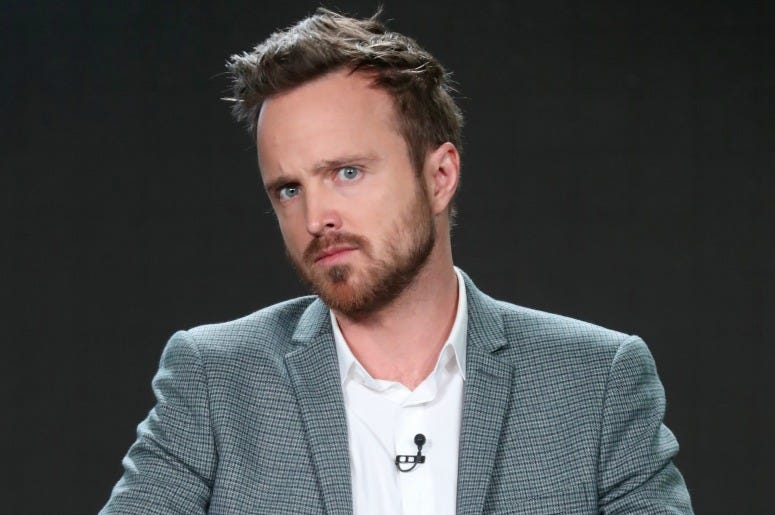 This was not a birthday or a significant anniversary for Bea Arthur. It didn't seem to be a date associated with the stellar sitcom, which aired from September of 1985 to May of 1992. What was it about this week in February that made us all remember the genius of Maude?

Some feared the worst, as is often the case with Twitter. But her name didn't appear to be involved in any nefarious acts or ideas. There wasn't some awful quote that had been dug up or some production assistant's sad recollection. Why was Bea Arthur trending? For many, they stepped into the storm already in progress, and decided to just enjoy the unexplained ride.

Got up, popped on "Golden Girls", opened Twitter and lo and behold- Bea Arthur is trending for no reason at all. Twitter should be like this more often. We all need some Bea in our lives! #BeaArthur pic.twitter.com/uJo1KEodDQ

Bea Arthur is trending and this is probably my one shot to post my Dorothy Zbornak mood board. #ThursdayMotivation pic.twitter.com/OTyCtzJqf9

Bea Arthur is trending and nobody seems to know why and this is pretty much the most Bea Arthur thing ever. I miss her sass. ALL HAIL THE QUEEN BEA! pic.twitter.com/Iezu8ri6Gl

Good Morning, peoples of the Twitter; Today's piece of advice - live every moment well, for you never know when you might start trending, like this morning Bea Arthur is trending and know one knows for sure why, but it's Bea Arthur so go with it. Keep it safe and clean out there pic.twitter.com/MLAZtCgdRv

Bewildered and pleased, the internet has spent most of the morning posting their favorite Bea pictures and Golden Girls wisdom, but how did we get here in the first place? A quick search shows a couple of interesting Arthur-adjacent items that might provide a clue.

The first is this great piece from Forbes, talking about some of the amazing support Bea Arthur lent to the homeless LGBTQ+ community while alive, and after her passing. She generously raised money for the Ali Forney Center, the country’s largest agency devoted to homeless youth in the LGBTQ+ community. She also left the organization $300,000 in her will. It's an excellent example of the kindness of the star, but still likely not why she's trending.

There's also the recent report of a Golden Girls themed cruise that is set to hit the high seas next year. Maybe that was the impulse for the online rise in popularity. Was it the promise of celebrating the show with like-minded friends that had people remembering Dorothy? Could a karaoke trip to the "Rusty Anchor" inspire this rush of tweets? Maybe, but still no.

It appears the culprit is Chrissy Teigen. Twitter is crediting this random baby name idea with sparking a morning full of photos and fun. Teigen is the queen of Twitter, but this might be her greatest trick yet.

"bea" is such an adorable name. someone name their kid bea please. I am not ready for another daughter and John says no more dogs. I will be their god parent

While we are here for all of this Bea Arthur appreciation, it should be noted that today actually is an important day in The Golden Girls universe. On this date in 1934, Rue McClanahan was born. So don't stop with the Dorothy, but please add your honors to Blanche Devereaux. Let us thank them all for being a friend.