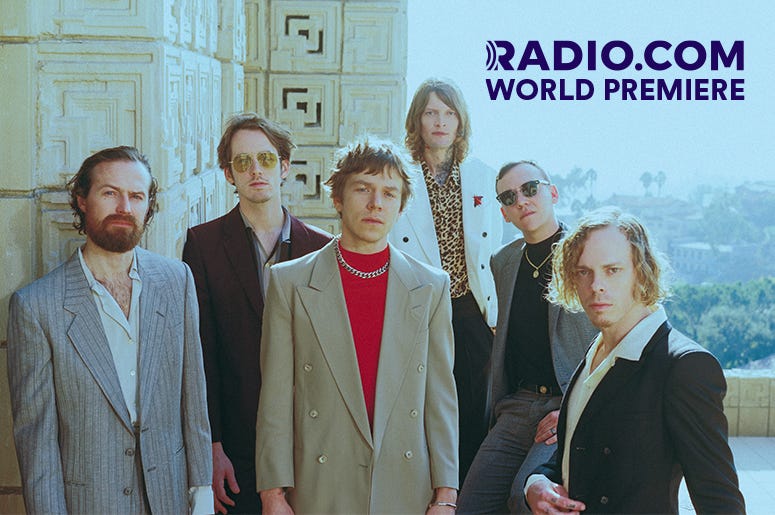 Cage The Elephant is back with "Ready To Let Go", the first song from their upcoming fifth studio album. The song is their first new music since 2015's Tell Me I'm Pretty, and plays like an evolution from the fuzzed-out Dan Auerbach influence of that album.

Matt Shultz plays with the imagery and ash of ancient Pompeii as a haunting bassline chugs ahead. Much like the fate of that city, he describes being frozen like statues and the bed of ashes that surrounds something personally fractured or broken. Once again, Cage The Elephant manages to sound like they have a foot in two generations of music, crafting something uniquely uncommon and awesome.

The band from Kentucky is following up Tell Me I'm Pretty, which won the award for Best Rock Album at the 59th Annual GRAMMY Awards. They also released a live album in 2017 called Unpeeled.

On Twitter late last year, Cage The Elephant said that they are done recording their new album, with it already mixed and mastered. It will be called Social Cues and is due out on April 19th.

Records done, still crazy as I ever was. But better crazy with a smile and a spark in the eyes, then just crazy. Almost time for little broken boy to come back out and play🌹😘 photo by @citizenkanewyne https://t.co/ra5V1Sf4lL pic.twitter.com/31T0aTovgO

"Ready To Let Go" is a RADIO.COM World Premiere. Click the LISTEN button above to hear the song throughout the day on your favorite RADIO.COM Alternative station.