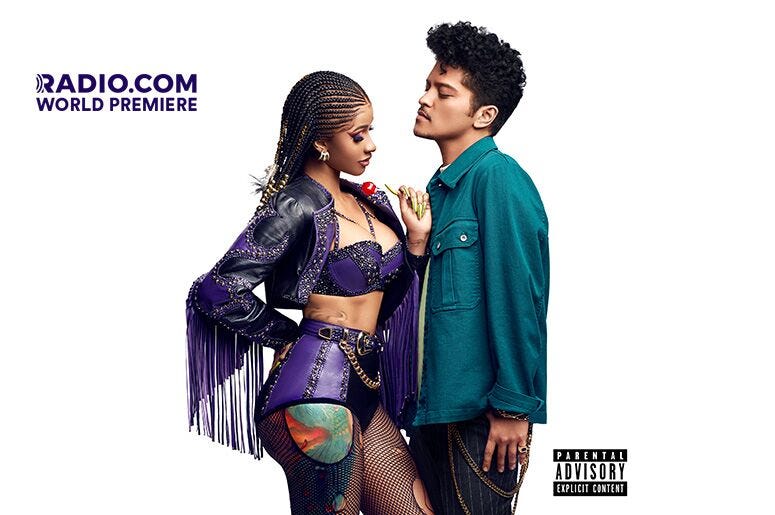 Direct from her GRAMMY win for Best Rap Album, Cardi B is back once again with Bruno Mars on the new song "Please Me."

The two link up for a vivid, sexy groove deeply indebted to early 90's R&B, even name-checking Jodeci along the way. The Invasion Of Privacy singer steams up the verse with tantalizing technique, as Mars enters to smooth out the soulful, aching chorus on the latest collaboration from the duo. 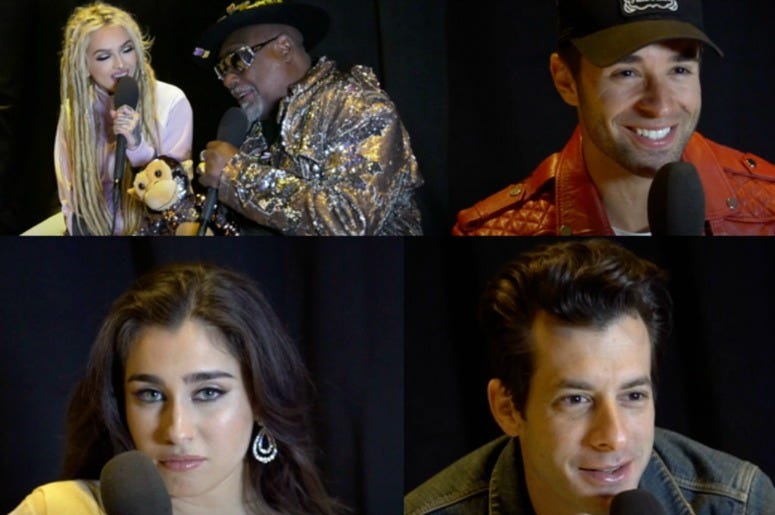 The song comes after an extremely brief leave from Instagram for Cardi B, who was met with unwarranted criticism after her GRAMMY win and acceptance speech on Sunday. The backlash prompted her to deactivate her account, but she returned Wednesday with a message about the new song, using the hashtag #twogrammywinningartist to clap back at the comments after her win. Bruno Mars won Record Of The Year, Song Of The Year, and Album Of The Year at the 60th Annual GRAMMY Awards in 2018.

Cardi B and Bruno Mars first found magic on the "Finesse (Remix)" released in January of 2018, which also saw the two stars swimming in throwback vibes. Here though, they pour on the passion and sultry style for a sensational slow jam.

"Please Me" is a RADIO.COM World Premiere. Click the LISTEN button above to hear the song every hour throughout the day on Friday.