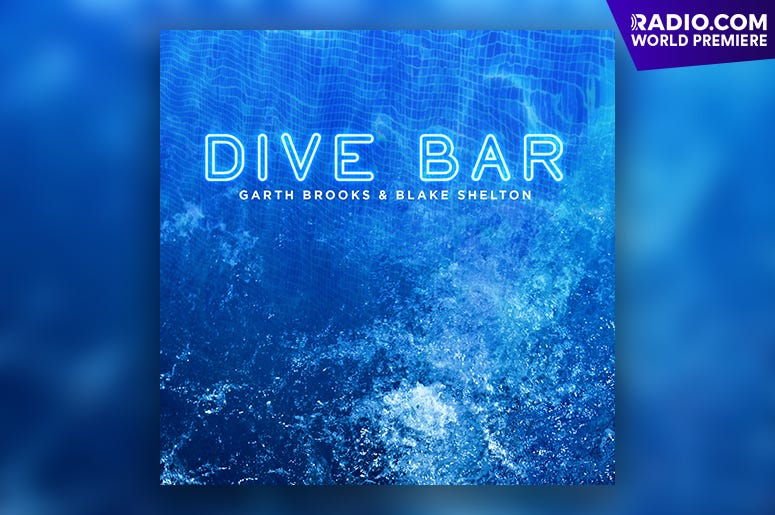 "Sometimes I didn't know if it was me or him, because we're basically raised around the same area" Garth Brooks told Entertainment Tonight last month about working with Blake Shelton. "It was pretty cool."

The two Country stars, both born and raised in Oklahoma have come together for an epic new single, called "Dive Bar." The song is from Brooks upcoming album, FUN.

"It just talks about spending your summers in the dive bars across America, and it's going to be fun" the iconic star continued, who is currently on a Stadium Tour around North America. The duo is set to perform the song live together at a tour stop in Boise, ID on Wednesday June 19th.

#DiveBar WORLD PREMIERE starts at 6am tomorrow ONLY on radio! What country radio station are YOU listening to? DIVE IN!!! love, g

"Dive Bar" is a RADIO.COM World Premiere, which means you can hear it here first and all throughout the day on Tuesday June 18th. Be sure to listen on your favorite RADIO.COM Country station.

The pair have been teasing "Dive Bar" since the beginning of June, with Brooks tweeting a cryptic tease and Shelton responding, "Just when I thought I’d seen it all... Then 2019 came along. Holy Moly."

Not much is known about Brooks' upcoming album, FUN. It's set to be his first album since releasing Gunslinger in 2016. “It’s just the ‘FUN‘ album,” he explained during a Inside Studio G Facebook Live in January. “It’s just been a fun process to go through, especially being off from touring where you don’t have to worry if your voice is gonna be able to go in for sessions or not.” Since then he has been back on tour, selling out stadiums and breaking records around the country.

FUN is said to include "All Day Long" which was released last year, and the gripping ballad, “Stronger Than Me”, that Brooks debuted at the CMA Awards in November.