Sylvester Stallone is gonna ride 'til he can't no more. The 72-year-old actor has released the first teaser trailer for the fifth installment in the Rambo franchise, called Rambo: Last Blood.

"I've lived in a world of death" he says in his gravel growl as the notes of "Old Town Road" from Lil Nas X and Billy Ray Cyrus ring out behind him. "All these years I've kept my secrets, but the time has come to face my past." 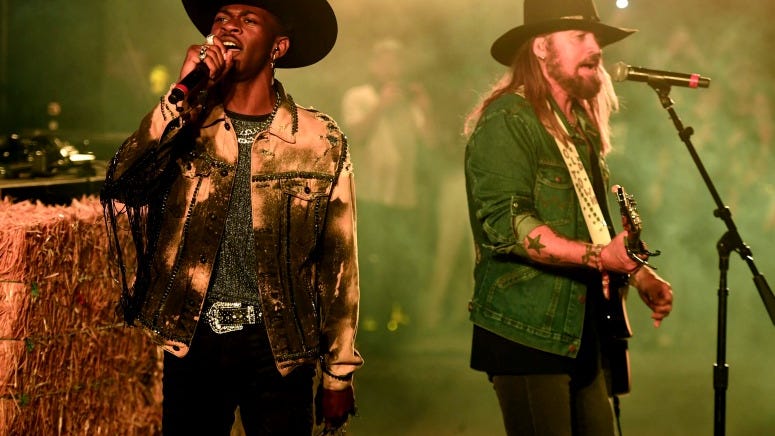 The high-octane remix of the viral Country Trap song might be surprising at first, but the western open roads and the actual horses in the scenes from the film actually make it a perfect fit. It's further proof that it's Lil Nas X's world and we're just living in it. "Old Town Road" is currently the number one song in the country. It's been that way for eight weeks. The video for the song has been viewed over 87 million times since it debuted two weeks ago.

According to a release, Rambo: Last Blood finds Vietnam veteran Rambo journeying to Mexico to rescue a friend's daughter from a Mexican cartel. The movie went through several stages following the fourth installment, at one point even being a prequel, with production eventually halted in 2016. However in May of 2018 the film was back on, and filming started in Bulgaria in October.

Rambo: Last Blood is the sequel to 2008's Rambo, and is directed by Adrian Grunberg. It is in theaters on September 20th.