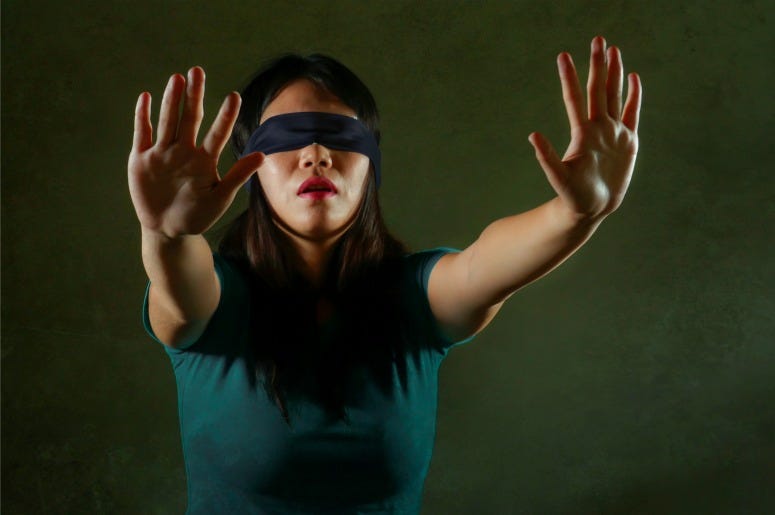 The buzz of Bird Box has continued throughout the month, and with it so has the #BirdBoxChallenge.

Inspired by the record-breaking Netflix movie, the Bird Box Challenge is done by blindfolding yourself and attempting to complete different tasks. Some are mundane, but some are extremely dangerous, like the one of YouTuber Jake Paul wearing a blindfold into oncoming traffic. Like any viral challenge, it started off as a fun tribute and has become something completely different.

As the challenge has gotten increasingly popular and dangerous, YouTube has taken a stand by banning these "dangerous challenges and prank " videos, issuing a statement this week.

"YouTube is home to many beloved viral challenges and pranks, like Jimmy Kimmel’s Terrible Christmas Presents prank or the water bottle flip challenge. That said, we’ve always had policies to make sure what’s funny doesn’t cross the line into also being harmful or dangerous" the company explains on their site. "Our Community Guidelines prohibit content that encourages dangerous activities that are likely to result in serious harm, and today clarifying what this means for dangerous challenges and pranks."

That means that the extreme versions of the Bird Box Challenge have been banned from the site and will not be allowed going forward. But it doesn't stop there. The policy is extended to the Tide Pod Challenge and anything that is perceived to have "danger of serious physical injury" and perceived danger.

"We don’t allow pranks that make victims believe they’re in serious physical danger – for example, a home invasion prank or a drive-by shooting prank. We also don’t allow pranks that cause children to experience severe emotional distress, meaning something so bad that it could leave the child traumatized for life" they continue.

YouTube has even gone as far as working with child psychologists to understand this distress and to help craft guidelines to avoid it.

This doesn't mean a complete ridding of the Bird Box Challenge, as there are still some versions of it that remain more dumb than dangerous. Take for instance this video, in which a Tattoo Artist attempts the challenge, while giving someone a chest tattoo.

You can read more about the new policy here.