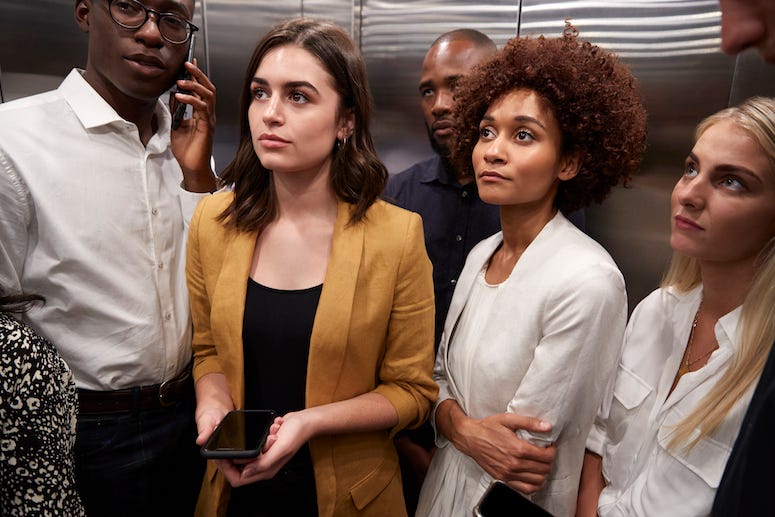 (KLUV) - If there is one place for small talk at your office building, the elevator is not it.

A recent study has found that the majority of people would rather not make small talk with strangers while riding in an elevator. 65% of those surveyed preferred to ride in silence, a quarter of which because they simply feel uncomfortable to talking to anyone they don't know. Add the small confines of an elevator to that, and you have a recipe for an awkward ride.

Also, 1 in 5 people surveyed said they would actively avoid getting into an elevator if someone they didn’t like was in it.

However, German multi conglomerate "thyssenkrupp," who conducted the survey, wants us to connect with strangers while riding an elevator, and even dubbed July 26th "Talk in an Elevator Day."

It's #TalkInAnElevatorDay and people just aren't doing it. But what's the worst that could happen? pic.twitter.com/DOfYL3XyUx

Thyssenkrupp also released a few "elevator conversation starters," suggesting keeping it simple on the first floor, asking your fellow rider how their day is going, but really try to get to know them by the seventh floor by asking, “Have you ever kissed in an elevator?”