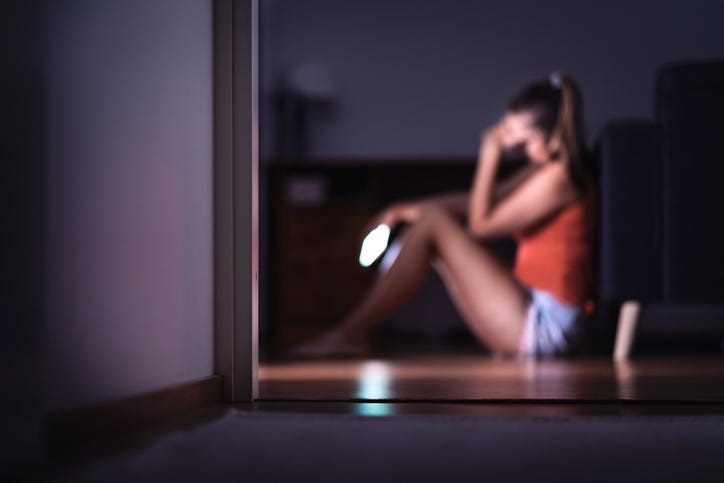 When parents Tawnya Ford and Larry Sumpter learned that their 15-year-old daughter, Madelynn, had helped sneak boys into a sleepover party, they felt they had to get creative with the punishment. They gave her a choice: Either take away her phone for a month, or they'd take away her phone for just two weeks, but the catch is...  they'd take control of her social media.

Without hesitation, Madelynn chose option B. Which makes sense, she'd get her phone back quicker and could go on with her life, right? One might think that would be the case. She regretted her decision after day one.

They've posted all over TikTok, Snapchat and Instagram. And we're talking the most embarrassing videos possible, like 43-year-old Sumpter and his son-in-law lip-syncing on TikTok in a crop tops and short shorts.

Here we go! Parent take over day 3!!! She definitely should have chosen the month of grounding instead of 2 weeks and...

Recreating the Dr. Phil viral sensation "Catch me outside" video:

Day 9 of our parent takeover of social media! We laughed so much making this one that it took twice as long as it...

On Instagram, dad is seen gazing at the camera while laying in bed. “Felt cute, Might delete later.”

According to the TODAY show, after the first day, Madelynn changed her mind. She said, "I choose the one month."  Sumpter told her, "No. I’m too invested. I have too many ideas. We’re sticking with the two weeks."

Ford said her husband is loving it. "I think he's gonna make his own TikTok account when this over."