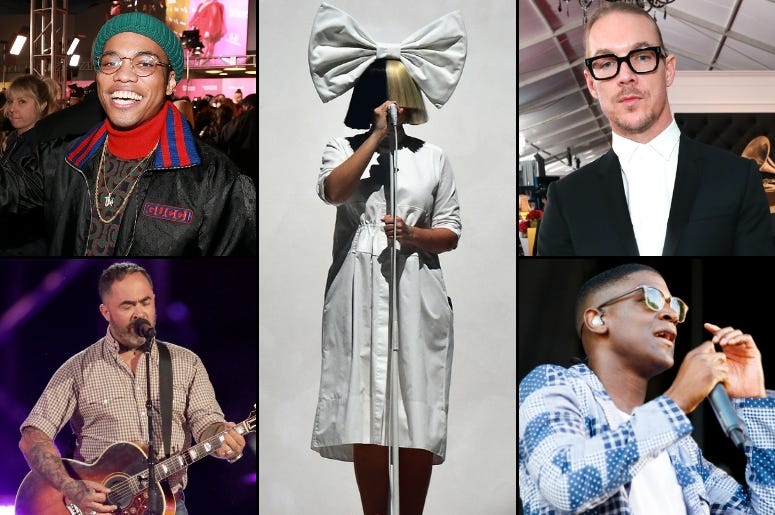 This week we travel down the coast with Anderson .Paak, trip out with LSD, and dig deep with the classic Country vibe of Aaron Lewis. These are the highlights from this week's New Music Friday.

Anderson .Paak is delivering an old-school sound with soul that’s impossible to fake. Serving as a sort of sister album to 2018’s Oxnard, Ventura comes less than six months later to continue his odes to the California cities that shaped him. After loading Oxnard with A-list features, Paak is toning it down with a more stripped-back album that lets his authentic style and thought-provoking lyrics shine through. Even “Make It Better,” a single assisted by the beyond legendary Smokey Robinson, still has Paak’s emotive vocals and melodic genius in the spotlight. An 11-song tracklist makes it clear that only the best of the best made the cut, with songs spanning from politically-charged  anthems to summer vacation soundtracks. - Tiana Timmerberg

The true collaboration between British singer and songwriter Labrinth, force of nature Sia, and chameleon producer Diplo has been nearly a year in the making. The trio has released a steady drip of stuttering electronic pop songs in the background of other projects, but this perfect cocktail of studio veterans and songwriting black belts sounds even mightier as an album. On LSD, they combine for a journey indebted to classic pop and R&B structure, but tricked out with a coat of Diplo freshness. The soaring vocals of Sia and the commanding and dynamic soul inside Labrinth mix in for a trippy take on a collection of vibrant and cozy songs. - Michael Cerio

Although he recently hinted that he might be ready to bring back his alt rock band Staind, Aaron Lewis is still in country mode for now. The singer released his third full-length solo album State I’m In, a collection of old school country tunes with a cloudy slant. Lewis penned the LP with a team of songwriters, so we shouldn’t be too concerned when he sings, “Tried to close my eyes so I can make this big ol' world just disappear. The lining ain't so silver over here” on the lead track “The Party’s Over.” Those lines encapsulate the mood of State I’m In, but there are opportunities for foot stopping on the pulsating “Can’t Take Back” and “It Keeps on Workin’,” even if the lyrics remain introspective and brutally honest. - Bob Diehl

Also out this week is new music from BTS, Bruce Hornsby, Melissa Etheridge, and Andy Black.