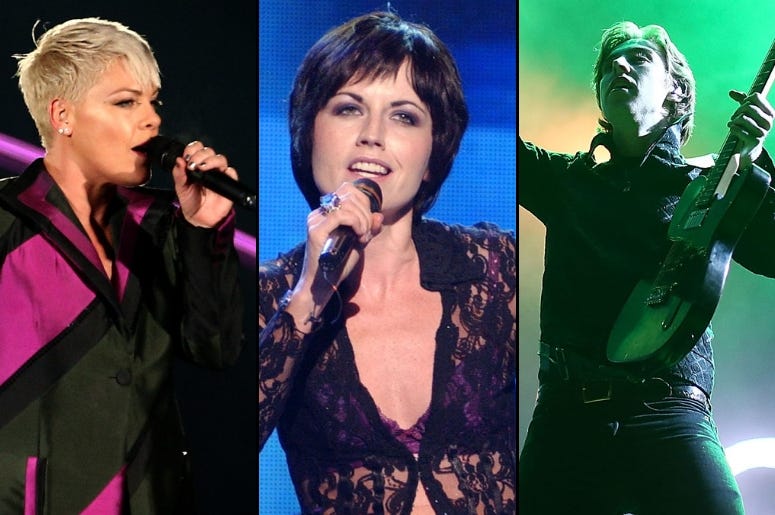 This week we finally unwrap P!nk's inspiring eighth album, the final outing for The Cranberries, and an evolution from Welsh rockers Catfish and the Bottlemen. These are the highlights from this week's New Music Friday.

P!nk’s Hurts 2B Human is another confident and unapologetic work from the fierce queen. All while mastering perfect balance of down-to-earth parenting and superstardom, the longstanding pop star is continuing to deliver fresh and out-of-the-box tunes with the 13-track work that has no time for doubters. Title track “Hurts 2B Human” surprised with a feature from the smooth vocaled Khalid, while anthems like “Walk Me Home” deliver a classically P!nk feel. Raw emotion and honesty help her continue to break the pop mold with a dismissal of its bubblegum nature while still being fully embraced by the genre.  A mix of rock and pop continue to showcase her edge that has a diverse group of fans happily gravitating towards her brand new release. - Tiana Timmerberg

The Cranberries - In The End

The Cranberries singer Dolores O’Riordan left the music world with one last gift before her sudden, shocking death last year. The diminutive frontwoman with the big voice had already demoed the vocals for what had been planned to be the band’s final album together. In the End is the eight studio LP from the Irish rockers, and the title is not meant to be dramatic. Drummer Fergal Lawler said the theme of the songs is more of a reflection of where O’Riordan was in her life, starting a new chapter, as opposed to a statement of goodbye. “It was obvious that Dolores wanted this album done because when you hear the album, you hear the songs and how strong they are,” Lawler told Reuters. Lawler, bassist Mike Hogan and guitarist Noel Hogan certainly play like there’s no tomorrow. The music is as tight as it’s ever been, and songs like “Wake Me When It’s Over” fit right alongside The Cranberries’ early works that produced 90s alt favorites “Zombie” and “Linger.” O’Riordan’s vocals soar to new heights on “Lost,” when she sings about trying to move on from a relationship. “I feel I'm dwelling in the past. I know the time is moving fast. And you know I'm lost with you. I'm lost without you.” In a way, we now know how she felt. - Bob Diehl

Catfish and the Bottlemen - The Balance

"I feel like each track on this has got its own cartoon-like personality" Catfish and the Bottlemen guitarist Johnny Bond explained to RADIO.COM earlier this year about The Balance, the third outing for the Welsh rock band. "It's quite an animated album. Each song has a totally different set of clothes on" he laughed. The Balance sands done the edges on the more unbridled, aggressive side of the band, making room for more musical flexibility and exploration. "I think it's the most sporadic stuff we've done" added singer Van McCann. The bravado of The Bottlemen that makes them so charming remains, mixing biting vocals and squealing guitars, yet they manage to cover new ground sonically by not always aiming for the anthem and allowing themselves some breathing room. It equals an advancement and true balance on The Balance. - Michael Cerio

Also out this week is new music from Rob Thomas, AJR, Schoolboy Q, and Local Natives.