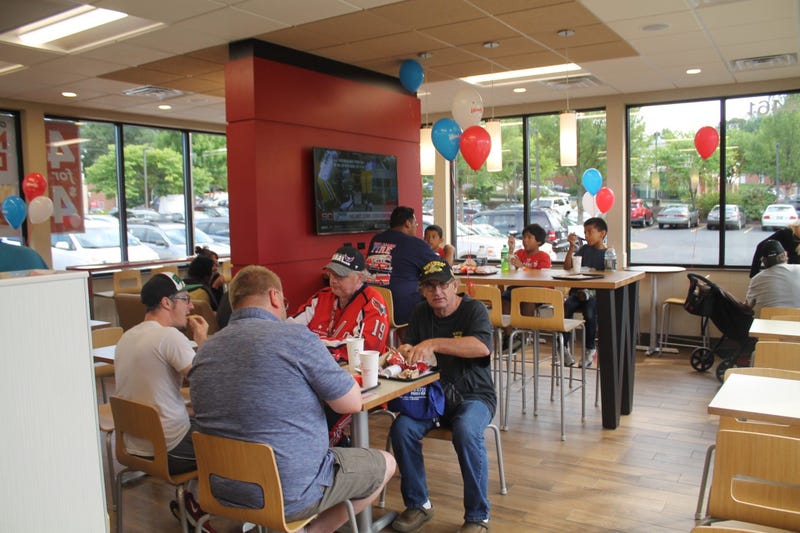 This week we finally get to hear one of Hip Hop's most anticipated albums, and we unbox a giant collection of work from a lost legend. Plus an MC throws back to his mixtape roots, a legendary performer shows she still has it, and a strange trip is sparked by a band's return. These are the highlights from this week's New Music Friday.

After a four year wait, Lil Wayne had a lot of ground to cover on Tha Carter V. The result of a few years left to simmer on the shelf is a more mature Wayne, ready to look back on his legacy, talk about the moments that have shaped his life, and ultimately settle into the role of Hip Hop elder statesman. Here we find Wayne at his most contemplative, thinking about what he'll leave behind and delivering several messages to his children over the course of the twenty-three track, hour and a half journey. A posthumous performance from XXXTentacion is the first of several powerful, high-profile guests lined up for Tha Carter V. Wayne swims in the style of Snoop Dogg and Travis Scott during their appearances, and he gets a silky, sultry performance from Nicki Minaj on "Dark Side Of The Moon." The biggest cameo comes courtesy of Kendrick Lamar, as the two volley back and forth for the title of best rapper alive on "Mona Lisa." The MC discusses family and his legacy throughout Tha Carter V, but it's the album's final song in which he deals with his self-inflicted gunshot wound from his youth that demands the most attention. "I shot it, and I woke up with blood all around me" he raps. "It's mine, I didn't die, but as I was dying, God came to my side and we talked about it. He sold me another life and he made a prophet." - Michael Cerio

Tom Petty and the Heartbreakers - An American Treasure

Almost exactly one year to the day when the world lost Tom Petty, we’re hearing something new from the rock legend. An American Treasure features 60 tracks, including dozens of newly-discovered recordings. With songs like “Keep A Little Soul” that you’ll swear you’ve heard before, Petty’s wife and daughter say they wanted to focus on the music between the hits. But the hits are also here, including live versions of “Listen to Her Heart” and “Breakdown,” both recorded in Hollywood in 1977. - Bob Diehl

The peace, love, and positivity enthusiast himself, Logic, just released his highly anticipated fourth full-length studio album, YSIV. Coming off of Everybody in 2017 and Bobby Tarantino II in 2018, the 301-native plans to hurl greatness at the world and concrete his place in the popular/hip-hop crossover world with Young Sinatra IV. Songs include “Wu Tang Forever” featuring Wu-Tang Clan themselves, “Ordinary Day” featuring Hailee Steinfeld, and the previously released “Everybody Dies.” Logic has found a good amount of success thanks to tracks like “Everyday” with Marshmello and “1-800-273-8255” with Alessia Cara and Khalid. Prepare to be amazed.- LA

Loretta Lynn - Wouldn't It Be Great

Wouldn’t It Be Great if we could listen to Loretta Lynn all day long? The country music legend released her forty-first album today which was written entirely by the 86-year-old herself. The thirteen song collection includes new tracks, as well as updated renditions of her classic hits. Lynn’s new album was delayed thirteen months after she suffered a stroke last year. Loretta Lynn will receive the Artist of a Lifetime award during the 2018 CMT Artists of the Year ceremony October 17, live from Nashville. - Lauren Hoffman

For three decades it’s been the bombastic infusion of psychedelic sounds rolling under high-octane rhymes that have kept the legions of Cypress Hill diehards coming back for more. Rest assured, the trip continues on the iconic hip-hop group’s latest release, Elephants on Acid. It marks the group’s first album in eight years, and trust us, it’s filled with otherworldly beats and sounds that have become a mainstay of the Latino legends. While the casual fans may not appreciate the throwback vibe the way hardcore fans might, the 21-track set is filled with a sweeping weirdness that’s well worth a wake, bake, and listen – especially the Middle Eastern influenced “Band of Gypsies.” - Kyle McCann

Also out this week is new music from Cher, Rod Stewart, and Chic.