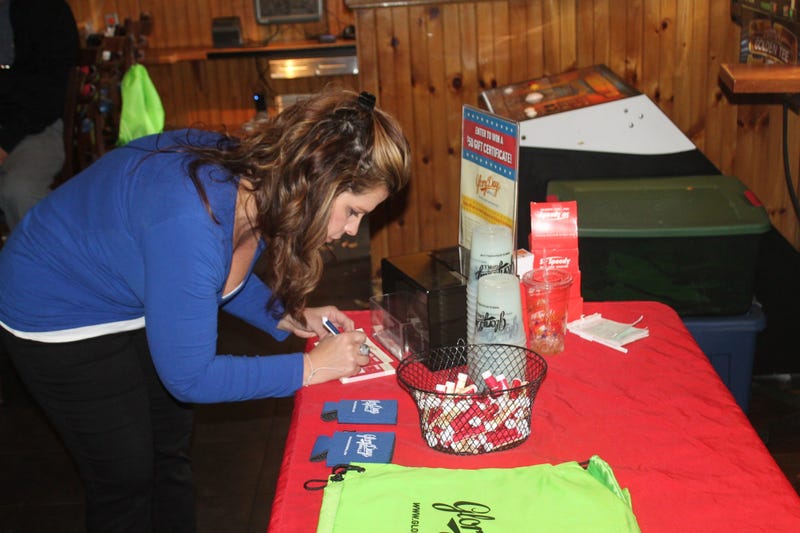 This week features the highly anticipated return of one of rock's biggest bands, the raw and personal sound of a country superstar's sixth album, and the soundtrack to one of the year's most critically acclaimed films. Plus one of rock's greatest frontmen and one of hip hop's most important voices are back in the spotlight. These are the highlights for this week's New Music Friday.

Columbus, OH duo Twenty One Pilots went from playing for a few dozen people in their hometown to selling out stadiums all over the world. The GRAMMY winning alt rockers continue to prove their versatility with the brand new Trench. Standing as their fourth studio album, Trench weaves listeners through their dystopian universe with songs spanning from gritty and rock-leaning to electronic indie. Highlights include the vulnerable “Bandito” and the hard-hitting opening track, “Jumpsuit.” - Tiana Timmerberg

Eric Church has delivered yet another album that digs deep into his country roots. The Chief’s new collection, Desperate Man, features eleven new tracks which were produced by Jay Joyce. Church’s new release marks his sixth studio album and follows his 2015 project, Mr. Misunderstood. The 41-year-old’s Desperate Man “shines a light on the Chief’s scars,” Rolling Stone reports. Fans of Church will experience all sorts of emotions listening to these tracks. You’ll be able to hear his journey leading up to the release today (October 5) and much more. - Lauren Hoffman

A Star Is Born Soundtrack

In addition to the film, today also sees the release of the A Star Is Born Soundtrack. Here we find a collection of songs from both Bradley Cooper and Lady Gaga, and key moments of dialogue from the film to help tell the story. In fact, it might be too key, and the soundtrack should really come with a "spoiler alert." Aside from revealing far too much of the movie, it's an amazing collection of songwriting and dynamic style. Gaga of course is the star, who shines on the classic country ballads. It feels like a natural next step for Lady Gaga, and actually feels like a proper evolution from her last studio album Joanne in a lot of ways. Some songs sound instantly timeless, like the aching "Is That Alright?" and the Whitney-channeling "I'll Never Love Again." The surprise is Cooper, who sounds perfectly comfortable as a weary, whiskey-soaked singer - but also just as at-home as a Sturgill Simpson-style rocker. Skip the cast recording clips until after you leave the theater, but enjoy the songs as soon as possible. - Michael Cerio

The King is back to claim his trap throne! T.I. just dropped his long-awaited 10th solo album Dime Trap. Each of the 15 tracks makes one thing clear: T.I. gets better with age (and wisdom). Unlike most of his previous albums, the 38-year-old MC gets introspective on tracks like “Seasons” featuring Sam Hook, “The Amazing Mr. F**k Up” featuring Victoria Monet, and “At Least I Know” featuring Anderson .Paak. The album also features a handful of can’t miss guest spots, including Young Thug on “The Weekend,” Meek Mill on “Jefe,” YFN Lucci on “Pray for Me,” Dave Chappelle playing the voice in Tip’s head, and Yo Gotti on “Wraith” – which, by the way, just got a brand new music video to go along with the album’s release. - Kyle McCann

Steve Perry says his love for music has returned. That’s the simple explanation for Traces, the former Journey singer’s first solo album in 24 years. The inspiration to write and record again came from the death of his girlfriend. “No more cryin’ ‘cause I won’t love again,” Perry sings on the ballad “No More Cryin’,” the second single from the album. “No Erasin’” starts the album on a more upbeat note with the fitting line: “I know it’s been a long time coming,” before going back to the theme of love lost. In Perry’s own words, “We’re Still Here,” celebrates the continuity of life and a sense of camaraderie with a new generation. It’s all set against the backdrop of standard soft rock fare. - Bob Diehl

Also out this week is new music from Cat Power, Coheed And Cambria, and Atmosphere.