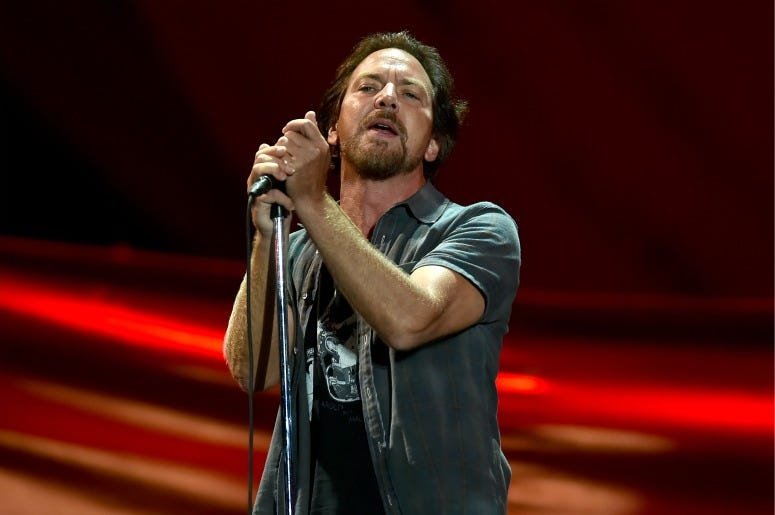 Pearl Jam treated fans at Wrigley Field to another show to remember this past Saturday night.

Check out some fan-shot footage of the band performing the song, along with the Chicago Cubs World Series trophy.

Pearl Jam also covered Tom Petty and Chris Cornell as they did at their "home shows" in Seattle, as well as covers of Neil Young and The Clash.

As long as they were celebrating old friends, they invited along former Chicago Bulls standout Dennis Rodman. The NBA star and longtime friend of the band brought Eddie his ukulele, talked about North Korea, and thanked Chicago for the support. “I know one thing, on the day I die I’ll make sure I’ll be buried in Chicago” said Rodman.

"Dennis, just put that day off for as long as possible" laughed Vedder. "Do me a favor, alright."