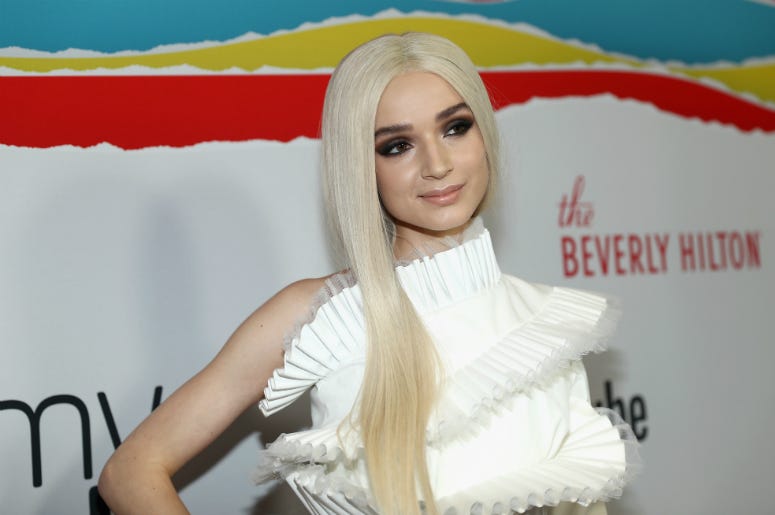 Poppy is one of the more interesting personalities to emerge over the last several years.  Playing with classic philisophical identity tropes alongside engaging YouTube influencer culture, she lands somewhere between human, brand, and total imaginary character.

Her new album, Am I A Girl?, out today via Diplo's Mad Decent label, addresses all of this head-on through a winding Candyland pop landscape that drops you in a surprising final square.

For some time, Poppy has preached her love for Marilyn Manson and spoke of her collaberation with Grimes, but only now is it revealed the song "Play Destroy" is in fact a tribute to their shared love of the much maligned nu-metal genre.  It's a somewhat fascinating and bold choice - to see these two forward-thinking personalities co-signing such a polarizing sound - but in the same breath that's what makes it so refreshing and contextually exciting.

Check out the track for yourself, below.