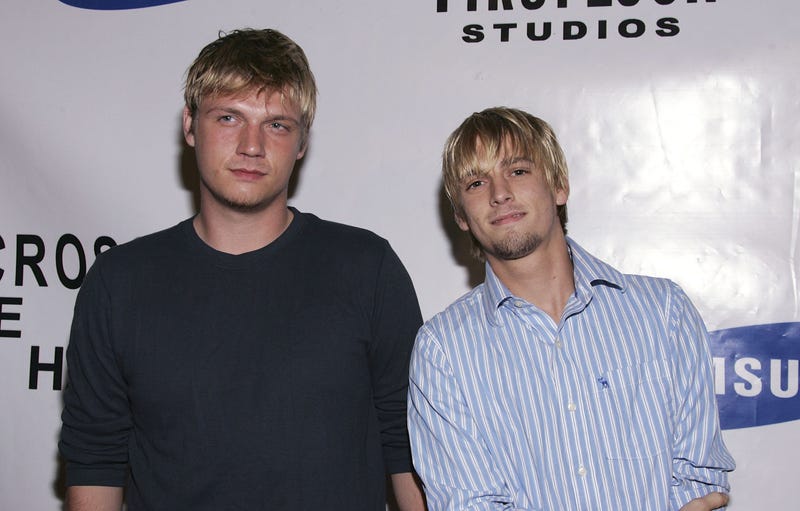 Nick Carter revealed on Tuesday that he and his sister, Angel, have filed a restraining order against their brother, Aaron Carter.

In a tweet, which was highlighted with the hashtags #mentalhealth #GunControlNow #GunControl, the Backstreet Boys member says that, “In light of Aaron’s increasingly alarming behavior and his recent confession that he harbors thoughts and intentions of killing my pregnant wife and unborn child, we were left with no choice but to take every measure possible to protect ourselves and our family.”

Nick continued by saying, “We love our brother and truly hope he gets the proper treatment he needs before any harm comes to himself or anyone else.”

TMZ is reporting that the restraining order states that, "Aaron has to stay at least 100 feet away from Nick, Nick's wife and kids and other family members, specifically their residence in Las Vegas."

Nick's tweet came after Aaron revealed on his social media that he had been served with the restraining order. “So my brother just got a restraining order against me. And I was just served lol.”

So my brother just got a a restraining order against me. And I was just served lol

Earlier this month, Aaron Carter cancelled the remainder of his tour to focus on his mental health, explaining that he needed time to heal and recharge his batteries.

Aaron responded to the restraining order Wednesday morning with a storm of tweets, claiming that the order was a response to him participating in a livestream with women who have accused Nick Carter of sexual assault. "I’m using my platform to help these women feel brave," he wrote. "To retaliate you call the police to take away my legal guns and you file a restraining order #pathetic #Coverup."

"Restraining order says stay 100 feet away. It’s been thousands of miles for years," he concluded. "Using the court system to shake me down. Worked on some girls but won’t work on me. Good night all."