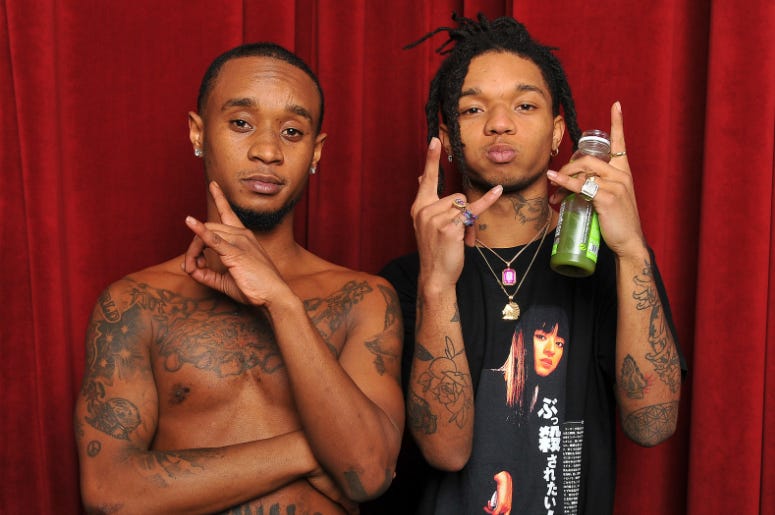 Apparently, one album just isn't good enough for Rae Sremmurd this go around. And, well, neither are two new albums.

The hip-hop siblings are getting set to drop a TRIPLE album with SR3MM, the highly anticipated follow-up to 2016's SremmLife 2.

Here's what we know about how the "Black Beatles" rappers' follow up will go down: It'll be broken up into three separate albums with one solo album from Swae Lee (called Swaecation). Then a solo album from Slim Jxmmi (called Jxmtro). Then, finally, they'll come together for the third album, as Rae Sremmurd.

Oh, and by the way, they got some heavy hitters set to be featured on this one, including The Weeknd, Future, Travis Scott, Pharrell, and more. They've already released "Powerglide" with Juicy J, which you can hear right here on our air! That track will most likely appear on the third album of the three.

Swae dropped "Hurt to Look" earlier this year, presumably off Swaecation. Check out the video below:

Meanwhile, Jxmmi had already released "Brxnks Truck," and just this month dropped "Chanel." Check out that track, featuring Pharrell, below:

Be on the lookout for the triple album later this spring!