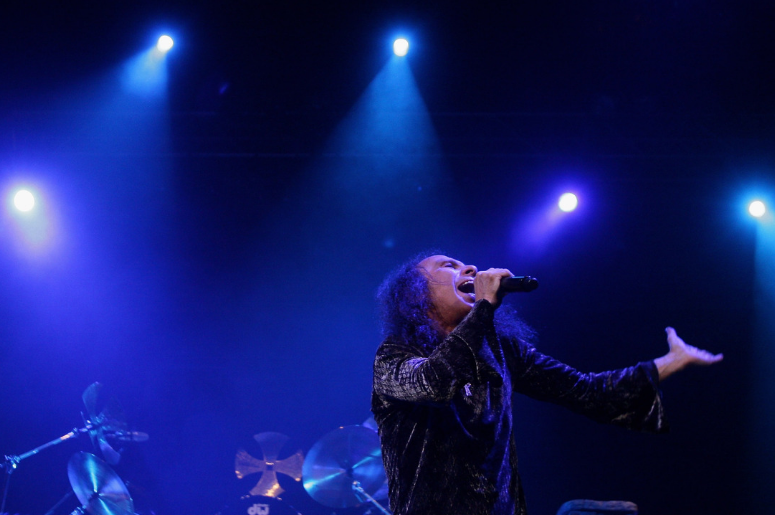 At the time of his death in 2010, Ronnie James Dio had already started work on his autobiography, getting at least half of his story down on paper. The book was originally scheduled for publication through MTV Books, but has remained unfinished since the singer's passing at age 67.

Recently though, his wife and manager, Wendy Dio, has asserted that she will finish the book about one of the greatest and most influential vocalists in heavy metal history.  At the recent (October 25th) "Bowl For Ronnie" Celebrity Bowling Party, Mrs. Dio said the book will "definitely" be published in 2020.

Wendy Dio and English journalist Mick Wall will pick up Ronnie's story where he left off in mid-career, relying on past interviews with the singer. And since Dio died before writing about his solo career, she will fill-in that part of the story with her own first-hand knowledge of his work during that time. It's expected that the original title of the book, Rainbow In The Dark: The Autobiography Of Ronnie James Dio, will stay the same.