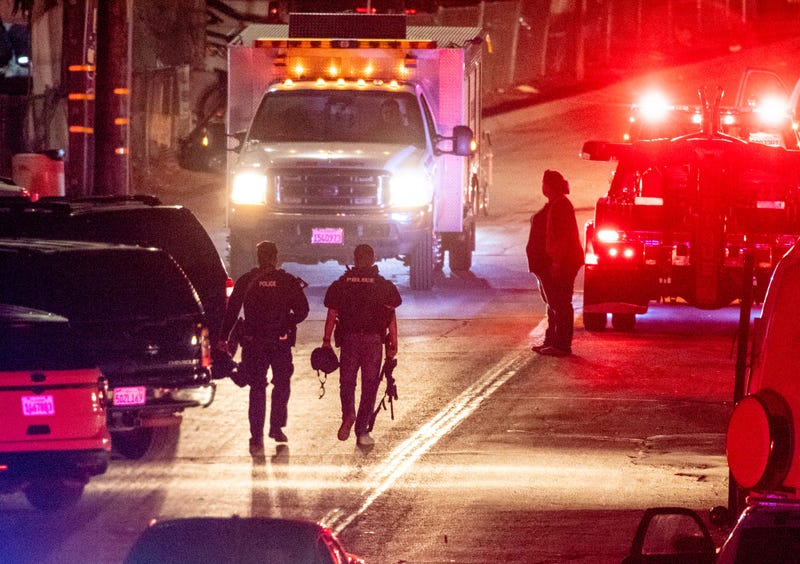 GILROY (KCBS) — The suspected shooter who killed three people at the Gilroy Garlic Festival on Sunday before being fatally shot by police has been identified as Santino William Legan, a 19-year-old from Gilroy.

Legan used an SKS rifle, which is an AK-47 style gun that was purchased legally on July 9 in Nevada, according to Gilroy Police Chief Scot Smithee.

Legan used the gun to kill a 6-year-old boy, 13-yaer-old girl and a man in his 20s, Smithee said on Monday morning.

A motive for the shooting has not been established. Upon initial inspection, Smithee said it appeared like a random act.

It was too soon for authorities to confirm the authenticity of social media posts that have been attributed to Legan, Smithee said.

Authorities have also not yet determined whether a second suspect was involved in the shooting, according to Smithee.

Police were seen on Monday morning removing evidence from the home on a cul-de-sac where he apparently lived with his parents. That two-story home is about a 10 to 15 minute walk to Christmas Hill Park, where the mass shooting that also injured 15 people occurred, according to neighbors.

Neighbors told KCBS Radio that law enforcement arrived at the Legan family's home after midnight, shining bright lights and ordering anyone inside to exit the house. Witnesses said there was one woman who emerged and was later allowed to return inside.

Smithee had said on Sunday night that police stopped the shooter less than a minute after opening fire. Smithee said it appeared that the gunman evaded metal detectors and bag checks at the huge, three-day festival by cutting a hole through a security fence and crossing a creek.